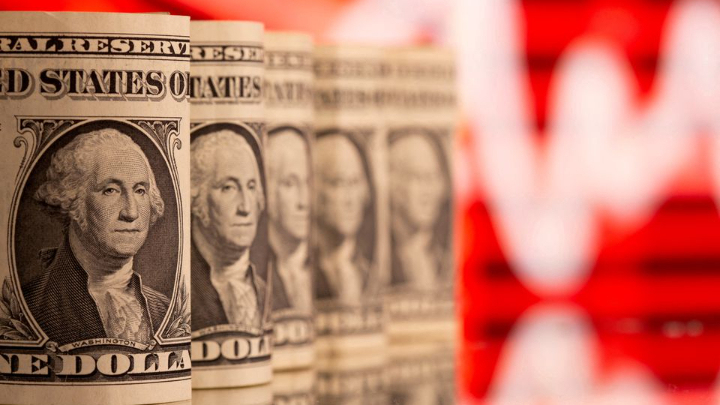 The dollar held about 1% below a two-decade peak versus major peers at the start of a week that sees some dozen central bank decisions, headlined by the Federal Reserve on Wednesday and followed by the Bank of Japan and Bank of England the next day.

The dollar index , which measures the currency against six counterparts, was 0.09% stronger than Friday at 109.66, consolidating after a volatile couple of weeks that took it as high as 110.79 on Sept. 7 for the first time since mid-2002, only to see it retreat to 107.67 six days later.

Investors have been swung by economic data that at times suggested the Fed may slow the pace of rate hikes to lessen the hit to the economy and risk of recession, only to then show inflation still gathering pace.

Fed policymakers have stressed their decisions will be taken meeting by meeting and be dependent on the most recent data.

Currently, markets have priced in at least another 75 basis point increase for this week's Federal Open Market Committee's meeting, and 19% odds of a super-sized full percentage point bump.

This week is also smattered with market holidays that could thin liquidity and result in sharper price moves, with Japan and Britain off on Monday, Australia on Thursday, and Japan again on Friday, among others.

"USD can remain elevated as the FOMC continues to hike aggressively and on growing global recession risks," and could hit a new cyclical peak above 110.8, Commonwealth Bank of Australia strategists wrote in a client note.

The poor economic outlook will keep the euro, sterling and pro-cyclical currencies like the Australian dollar under pressure, they said.

The BOJ is widely expected to stick with massive stimulus on Thursday, standing out among developed-nation central banks that are all rapidly tightening policy to tame inflation.

At the same time, a turning point may come sooner than many policy watchers expect after the BOJ recently dropped the word "temporary" for its description of consumer price rises, even though the level is much lower than places like the United States and Britain.

Markets are split on whether the BOE will raise rates by 50 or 75 basis points on Thursday.

Monetary tightening will clash with new British finance minister Kwasi Kwarteng's emergency mini-budget, to be delivered on Friday, that will give more details about support to help ease the country's cost-of-living crisis.