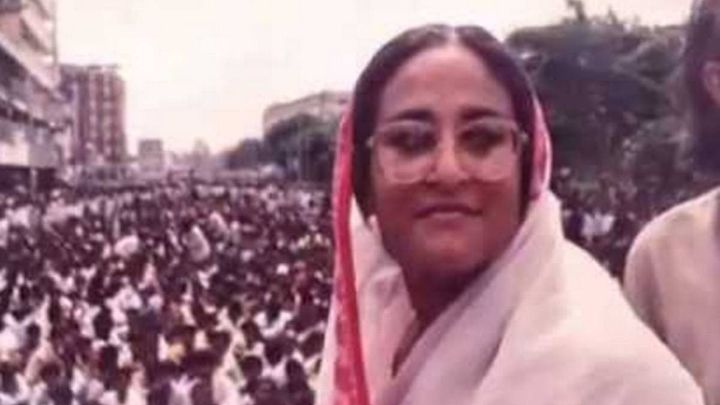 Rapid Action Battalion arrested a former local BNP leader – a death row fugitive in a case filed over the attack on a train carrying then opposition leader Sheikh Hasina in 1994 in Pabna.

Pintu was the secretary of Ishwardi Poura unit of BNP.

In primary interrogation, Pintu told Rab that he used to run a criminal gang in that area. He was also awarded 17 years in jail in an arms case.

He was accused in at least 17 other cases.

Pintu was reportedly an influential person in his area. He took part in a local election in 2015, in Pabna's Ishwardi, as an independent candidate.

He fled to neighbouring India in 2019, days after he was convicted in the train attack case. He returned to the country three years back as his passport had expired. He wanted to but could not leave the country again as India sealed its borders after Covid-19 pandemic hit the world.

In the last three years, Pintu was hiding in Dhaka, Rajshahi, Cox's Bazar and several other districts. Recently, he took shelter at a friend's house in Teknaf.

On September, 23 in 1994, Sheikh Hasina, now the Prime Minister, was travelling from Khulna to Syedpur via train and was holding rallies at different stations. As her train reached Pakshey Railway Station in Pabna's Ishwardi upazila, it was attacked with crude bombs and gunshots and the attack continued till Ishwardi Railway station.

After 25 years of the attack, a Pabna court in 2019 sentenced nine BNP leaders and activists including Pintu to death and 25 to life term imprisonment. Thirteen other people were handed 10 years rigorous imprisonment.

Of the death row convicts, Pintu was the only one absconding.