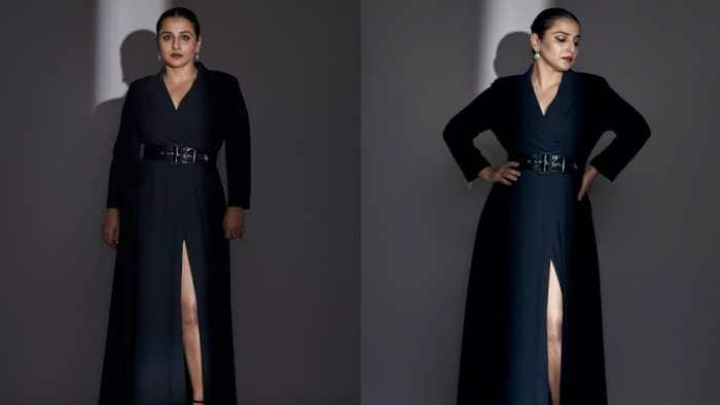 With a long list of unconventional and groundbreaking films to her credit, Vidya Balan is among the most acclaimed actors in Indian Cinema.

The powerhouse of talent, recipient of multiple honours and recognitions, and a pioneer in the changing representation of women in cinema, Vidya Balan yet again set a precedent with her consecutive victories of the Best Actor Female critics Awards at Filmfare and HT OTT Awards in a span of two weeks.

With a long list of unconventional and groundbreaking films to her credit, Vidya Balan is amongst the most acclaimed actors of Indian Cinema, having prestigious honours like the Padma Shri, National Award, 6 Filmfare Awards and several others over the years.

Adding to the list of awards, Vidya Balan bagged her 7th Filmfare Award this year for her remarkable performance in Sherni, followed by the win at the HT OTT Awards for her latest release Jalsa.

Vidya Balan has emerged as the only actress to receive two consecutive awards for two different films this year, offering testimony to her varied and notable work.

From challenging the norms of patriarchy in Sherni to donning a gray shade in Jalsa, Vidya Balan delivered two impressive and diverse performances back to back, adding to her enviable filmography.

Pioneering a change in the concept of a Hindi film heroine, Vidya Balan is referred to as the first female hero of modern times. The actress is credited with ushering in female-centric cinema in Bollywood and is one of the only few actresses in India to have been able to garner both critical and commercial success for films like The Dirty Picture, Paa, Ishqiya, Tumhari Sulu to the latest additions from OTT like Shakuntala Devi, Sherni and Jalsa.

Taking daring steps that pave a path for others to follow, Vidya Balan was among the first Bollywood stars to opt for the digital route for her films at the advent of the pandemic.

Currently, having completed the shoot for Anu Menon's next 'Neeyat', and also a comedy-drama starring Pratik Gandhi, Vidya Balan self admittedly is relentlessly on the prowl to give audiences a never before told story.