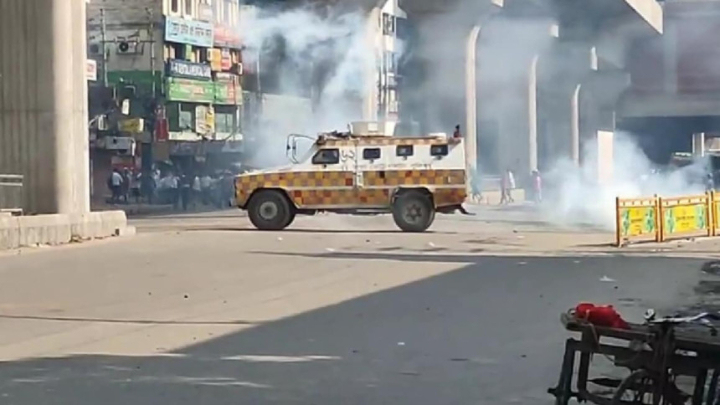 The photo was taken in Mirpur section-6, Dhaka. Photo: Collected

Leaders and activists of BNP and Awami League locked into a clash in Dhaka's Mirpur area this afternoon, leaving several people injured.

Witnesses said the clash started in different areas of Mirpur including section 2 and 6 after BNP men gathered there to stage protest around 1:30am.