Clash between supporters groups of GM Quader and Ranga in Rangpur 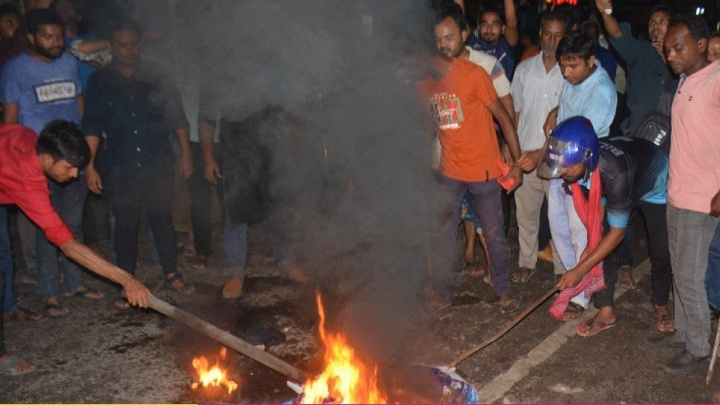 A chase and counter-chase took place between the supporters of Jatiya Party Chairman GM Quader and its ousted leader Moshiur Rahman Ranga in Rangpur on Wednesday night. At least 10 people were injured.

The supporters of Ranga burnt GM Quader’s effigy and started raising slogans against him in front of the city’s Life Insurance Corporation office around 11pm.

On information, GM Quader’s supporters came to the spot and attacked Ranga’s supporters. At that time, chase and counter-chase took place between the supporters of the two leaders. At least 10 people were injured in the clash.