Bangladesh to prioritize Rohingya issue in the UN session: Momen 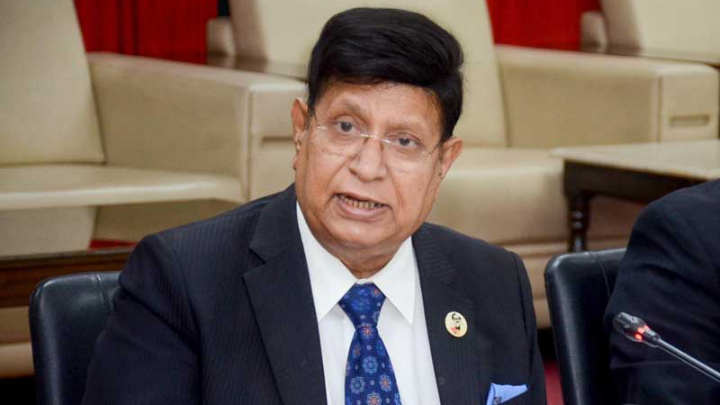 Bangladesh's Foreign Minister Dr. AK Abdul Momen says the 77th UN General Assembly will prioritize issues that are in the national interest of the country, including the Rohingya issue. The minister said this at a press conference of the Ministry of Foreign Affairs on Wednesday (September 14).

The foreign minister said that the 77th session of the United Nations General Assembly is going to start on September 19. During the session, Bangladesh will send a delegation led by Prime Minister Sheikh Hasina to New York on September 20.

The Prime Minister will visit the UK from September 15 to 19 before visiting New York. After his visit to New York, he will stay in Washington DC from September 25 to October 1.

He also said, “Currently, the world is going through a multi-dimensional critical situation with the corona epidemic. Finding effective solutions to the multidimensional global crisis is imperative. In view of this, the theme of general debate this year has been focussed on ‘Water Set Movement Transformative Solutions to Interlogging Challenges'.”
The minister said that due to the corona epidemic and various conflict situations going on in the world, a food and energy crisis has arisen. The rise in fuel prices has led to massive price inflation in various countries. As a result of this new crisis, especially developing countries are facing difficulties in achieving sustainable development goals. Due to these reasons, in this general session of the United Nations, corona fights, climate change, the Rohingya crisis as well as food and energy security, multilateralism, sustainable housing, and safe and reliable inclusive digital infrastructure will be discussed. These important issues will be highlighted by the Bangladesh delegation as being of national interest to Bangladesh.