NASA is planning a permanent moon base. What will it take to build it? 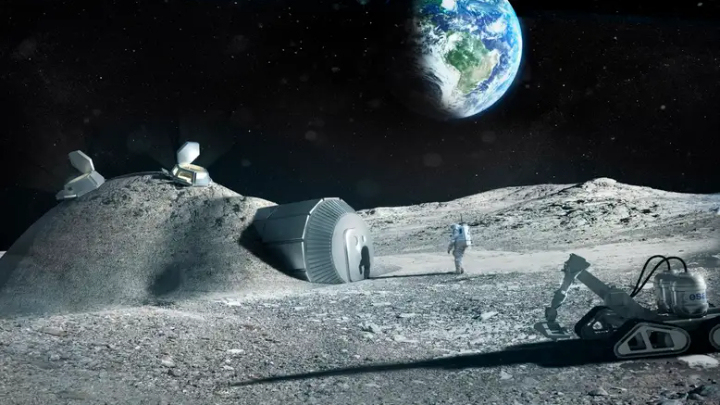 The US wants to build a long-term human outpost on the moon by around 2030. Here is all the tech that will be needed, from a space station in lunar orbit to a way to avoid 'space hay fever'

The most powerful rocket ever built sits on a launchpad in Florida. Over an intercom, crowds of onlookers listen to the countdown – “4, 3, 2…” – and then the bottom of the rocket begins to rumble. The vibrations first travel through the soles of the watchers’ feet and then hit their bodies like an ocean wave. Jets of steam and fire ricochet off the concrete, and suddenly the rocket is blasting skyward. The astronauts within watch the countryside shrink below them as they begin their journey to the moon.

This scene could be from six decades ago – or it could be from just a few years in the future. The launches of the Artemis missions that the US hopes will soon return people to the moon will look very similar to the Apollo launches of the 1960s. But that is where the similarities end. “Apollo was awesome, but a lot of it was to just prove that we could do it,” says NASA’s Steve Creech. “I’m not saying it wasn’t important, but this time we want to do it in a way that’s sustainable and that leads to next steps.” In other words, this isn’t just about going back to the moon. It is the first glimmerings of what many hope will be a sustained campaign of human space exploration.