'Our focus is on next World Cup, not this one' 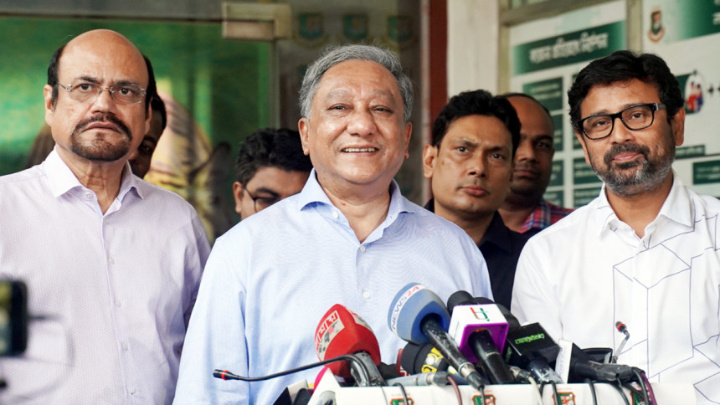 The gloomy weather in Mirpur that halted the second day of the Tigers' three-day training camp may not have had a huge impact in any other situation. But given the current scenario, it appeared to be a crucial miss for the team management, who were relying heavily on these training sessions to finalise the squad for next month's T20 World Cup.

While most teams have already announced their squads well ahead of the September 15 cut-off, as of yesterday Bangladesh were still searching for an exact combination.

Technical consultant Sridharan Sriram was expected to gauge players but after a chance was missed, Bangladesh Cricket Board (BCB) president Nazmul Hassan Papon said they were planning to arrange a camp abroad before heading to New Zealand for the tri-nation series which precedes the World Cup.

After disappointing performances in the T20 format over the years and just one month until the T20 World Cup, the BCB boss tempered expectations by saying they were planning drastic changes and focusing on the next World Cup.

"We cannot adapt to the T20 format like other nations, which is why we are planning to make changes. What we are trying to do is not for the upcoming World Cup. We need to think about the next World Cup," Papon said.

"Our main focus is the next World Cup, not this one. You can't change everything overnight. We are planning long-term and trying to prepare a squad for the next World Cup. Even if the upcoming World Cup does not go well for us, I won't be disappointed. We are hoping to form a squad in the next six to eight months," Papon told media yesterday.

It will be interesting to see whether the board manages to stick to their plan and bring some clarity in the process or if things remain the same going forwards. Only time will tell.