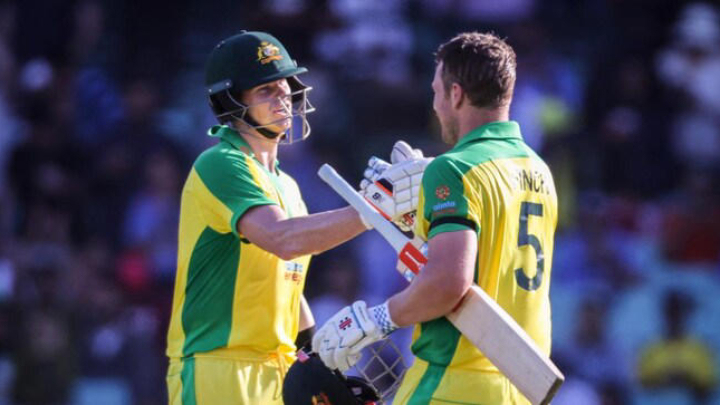 Australia have already claimed the three-match Chappell-Hadlee series after winning the opening game by two wickets before a 113-run thrashing of the Black Caps in the second.

New Zealand captain Kane Williamson won the toss and sent Australia in and, after a moment’s silence to mark the death of Queen Elizabeth II, Finch was given a guard of honour from the Black Caps as he strode to the crease in his 146th ODI.

He survived a big shout for lbw on one but didn’t last long, bowled by Tim Southee as he attempted a drive from the 13th ball he faced, departing to a standing ovation. 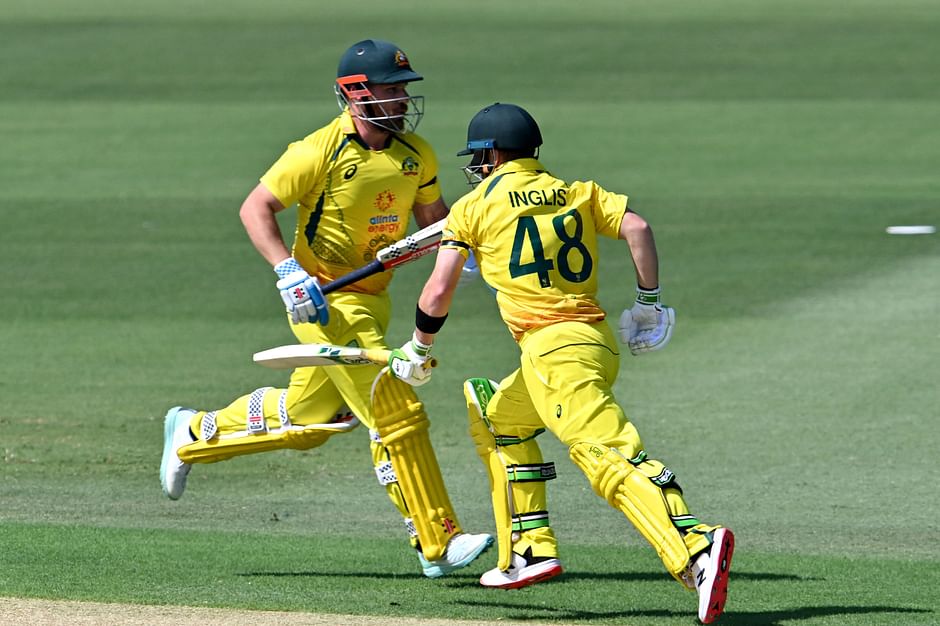 Australia's captain Aaron Finch (L) and Josh Inglis run between the wickets during the third one-day international (ODI) cricket match between Australia and New Zealand at the Cazalys Stadium in Cairns on 11 September, 2022AFP

It ended a career in which he made 5,406 runs at 38.89, hitting 17 centuries to leave him behind only Ricky Ponting (29), David Warner and Mark Waugh (both 18) in the Australian pecking order.

Finch, 35, announced his intention to quit the 50-over format on Saturday after a poor run of form, but will remain in charge of the Twenty20 side for the World Cup at home next month.

His long-time opening partner Warner was rested with Josh Inglis handed an opportunity that he failed to grab, caught behind off Trent Boult for 10.

It left Australia on 16-2 with a nervy Smith and Marnus Labuschagne facing 22 dot balls as they struggled to settle.

But they persevered and built a crucial 118-run partnership.

Smith brought up his half-century with a four and Labuschagne notched his fifth 50 soon after before he mishit a pull shot and was out for 52, caught by James Neesham off Boult.

Undeterred, a masterful Smith powered to his 12th ODI century off 127 balls, hitting 10 fours and a six before being bowled by Mitchell Santner.

Alex Carey added a composed 42, Cameron Green a quickfire 25 and Glenn Maxwell 14. Boult was the pick of the bowlers with 2-25.