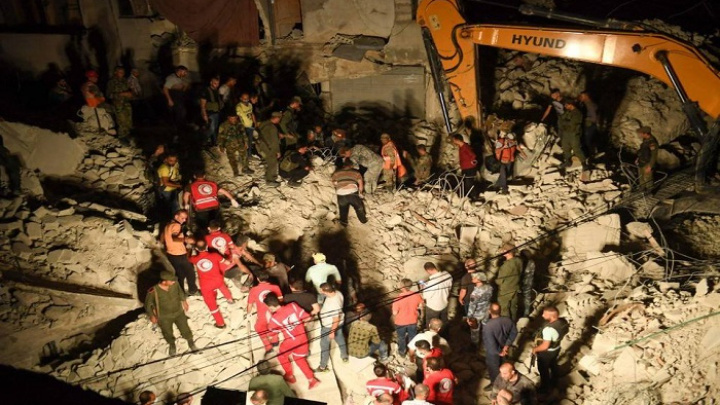 "The bodies of six women, three children and a man were recovered, while a child and a woman were rescued from under the rubble and taken to hospital," the official SANA news agency said.

The five-story building collapsed in the Ferdaws neighbourhood of Aleppo.

The building collapsed due to "a lack of engineering foundations", SANA quoted Maad Medlaji, head of the Aleppo city council, as saying.

It was located in an area where irregular housing has sprung and which had been "destroyed due to terrorism", he added, referring to the country's civil war.

The Syrian Observatory for Human Rights war monitor said the collapsed building was located in a neighbourhood "previously bombed with barrel bombs and missiles".

The conflict in Syria broke out in 2011. It has killed nearly half a million people and forced around half of the country's pre-war population from their homes.