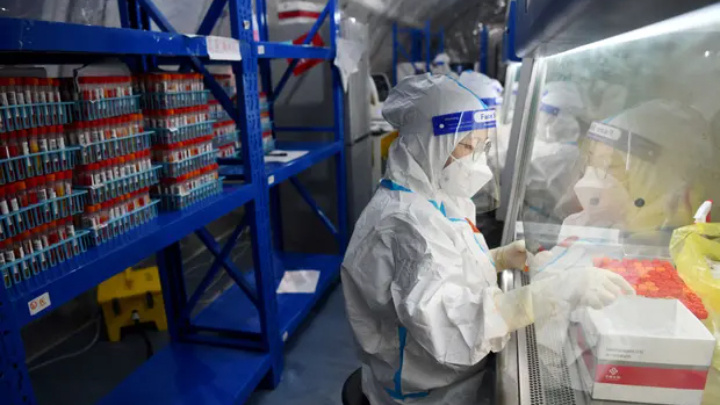 Chengdu, the capital of the southwestern Chinese province of Sichuan, has extended the coronavirus lockdown of most of its districts indefinitely as it hopes to stem further transmissions in the city of 21.2 million.

The mega-city, which has most recently battled with heatwaves, power cuts, and an earthquake, was locked down on 1 September after detecting a number of cases, becoming the largest Chinese metropolis to be slapped with the curbs since Shanghai earlier this year.

The lockdown was expected to be lifted on Wednesday, but local government officials said “there are still risks of social spread in some areas,” according to Chengdu authorities.

Residents under lockdown in 16 districts, cities, counties, and special zones out of the 23 under Chengdu’s jurisdiction remain under lockdown, the authorities said. They will be tested for the virus every day, authorities said late on Wednesday, without giving a date for when the lockdown would be lifted. A handful of districts were released from a full lockdown, but residents still have to undergo mass testing on Friday and Sunday.

Residents in districts no longer under a full lockdown are barred from going to other districts and are discouraged from leaving Chengdu for non-essential reasons.
The policies will be “dynamically adjusted according to the development of the epidemic,” the statement said.

The news of the extended lockdown sparked concerns that global supply chains could face further disruption. Chengdu houses a major factory for Apple suppliers Foxconn – producing iPads and MacBooks – and Jabil, which makes components for MacBooks. Both suppliers were already struggling with the power crisis sparked by China’s unprecedented heatwave.

On Thursday, the local government reported 116 new local cases, down from 121 a day ago. Of the cases reported, 57 were symptomatic and 59 were asymptomatic.

The megacity was locked down last week as cases rose across several districts, allowing authorities to complete another round of mass testing. It said in an official notice that residents must “stay home in principle” to combat a new wave of infections.

Each household would be allowed to send one person out to buy groceries and essential goods a day, provided they have tested negative in the previous 24 hours, the notice said.

About 90% of flights at Chengdu’s Shuangliu Airport were canceled on Monday.

China this year has been battling to contain the highly transmissible Omicron variant, imposing various degrees of lockdown on cities to stop its spread.

Shanghai, locked down for two months in April and May, was one of the more prominent cities that were affected by China’s so-called “dynamic zero-Covid policy”, where infections are to be stamped out when they emerge.

The flare-ups in recent months come in a year when President Xi Jinping is widely expected to secure a precedent-breaking third term as China’s leader at a once-in-five-year congress of the ruling Communist party in mid-October.

In the run-up to the congress and also to the week-long National Day holidays at the start of October, more and more cities have been urging residents to refrain from non-essential trips out of town in view of the Covid outbreaks, which have been reported in every region and province in recent weeks.