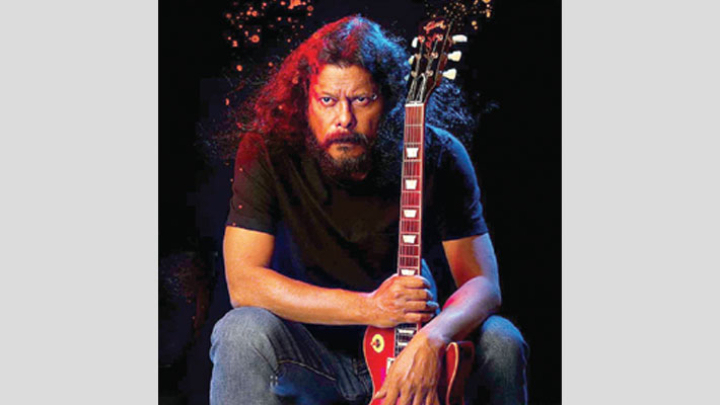 Popular singer Faruq Mahfuz Anam James is coming up with a new song soon. The song is just a month away from its official release; James’ spokesperson Rubaiyat Tagore Robin confirmed the matter, reports UNB.

“The title of the Guru’s latest track is yet to be fixed and is still a work-in-progress. But we can assure you that it is set to be released within one month and we will officially announce the release date through a press conference”, said Rubaiyat Tagore.

After 12 years, James released his latest track ‘I Love You’ on the eve the last Eid-ul-Fitr on the official YouTube channel of Bashundhara Digital.

The song received mixed reviews from the audiences and critics, but for the diehard fans of James, that could not dampen the excitement.

The upcoming track will also be released from Bashundhara Digital, whom the rock legend praised for initiating his return with a brand new single after more than a decade.

James is often referred to as Guru in the country’s music arena. He is currently the lead guitarist and vocalist of music band Nagar Baul (the Urban Mendicant).

He has also lent voice to a few songs in Bollywood movies. James rose to fame in 1990s as the front man of Feelings, now renamed Nagar Baul.