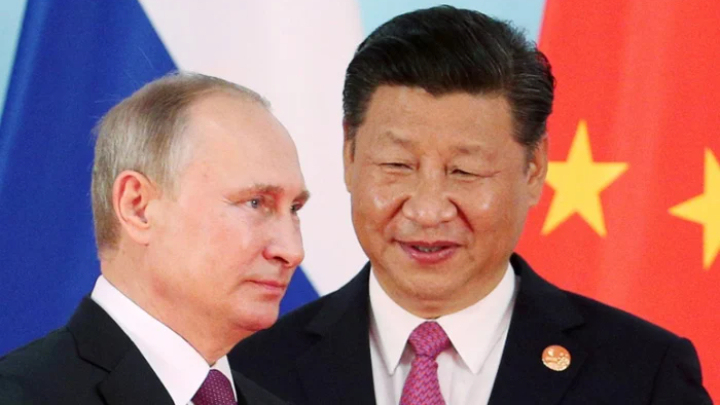 Xi Jinping and Vladimir Putin will meet next week during a regional summit in Uzbekistan, a Russian diplomat said Wednesday, in what would be the Chinese leader’s first trip abroad since the early days of the pandemic.

"In less than 10 days, our leaders will meet at the Shanghai Cooperation Organisation (SCO) summit" in Samarkand, Russian Ambassador to China Andrey Denisov said in comments shared with AFP.

"We are planning a serious, full-fledged meeting between our two leaders and are working on a detailed agenda with our Chinese partners," Denisov said, adding that the leaders "have a lot to talk about both on bilateral issues and international problems".

Beijing’s foreign ministry did not immediately confirm the meeting, with a spokesperson saying at a regular press briefing that "there is no information to provide" on the matter.

The ministry later said in a statement that "the leaders of China and Russia maintain close exchanges through various means".

The SCO is made up of China, Russia, four central Asian countries -- Kazakhstan, Kyrgyzstan, Uzbekistan and Tajikistan -- India and Pakistan.

It will be holding its next summit on September 15 and 16 in the Uzbek city of Samarkand, a stop on the ancient Silk Road.

Russia has sought to bolster ties with Asian countries, particularly China, since being slapped with unprecedented Western sanctions over its invasion of Ukraine.

Heightening tensions between China and the West, Beijing has not condemned Moscow’s interventions in Ukraine and provided diplomatic cover by blasting Western sanctions and arms sales to Kyiv.

Putin and Xi last met in early February in Beijing ahead of the Winter Olympic Games, days before Putin sent troops into Ukraine.

China’s president last went overseas in January 2020 for a state visit to Myanmar. A few days after his return, the entire city of Wuhan was locked down over a spiralling Covid outbreak.

Since then, Xi has largely conducted his diplomacy virtually, but he received several foreign VIPs during the Beijing Winter Olympics in February.

Xi is readying for a pivotal twice-a-decade Congress of the ruling Communist Party, where he is widely expected to secure an unprecedented third term as president.

The event, which opens on October 16 in Beijing, will also unveil a new top leadership lineup and likely consolidate Xi’s hold on the party.

But speculation has grown that Xi is gearing up to go abroad again.

During the Olympics, Kazakh President Kassym-Jomart Tokayev reportedly invited XI for a state visit in September.

And last month, Indonesian President Joko Widodo said in an interview with Bloomberg News that Xi would attend November’s G20 summit in Bali.