KL Rahul, Athiya Shetty Set To Marry Next Year? Here's All You Need To Know 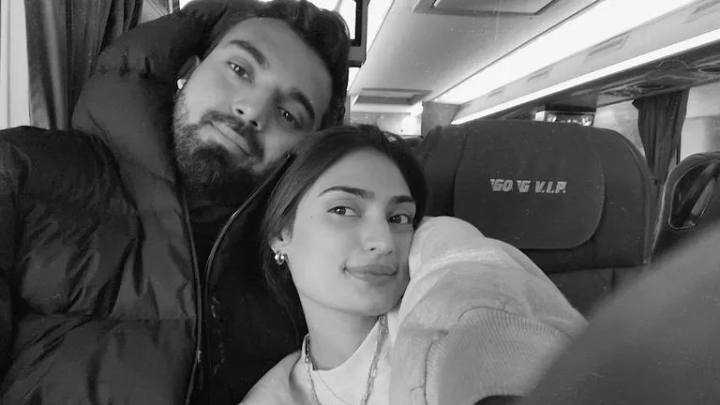 Ever since actor Athiya Shetty and cricketer KL Rahul have gone official about their relationship, fans have been speculating about their wedding plans.

Ever since actor Athiya Shetty and cricketer KL Rahul have gone official about their relationship, fans have been speculating about their wedding plans. With several media reports and rumours about their marriage surfacing on social media, another piece of news has piqued the curiosity of the fans.

A BCCI source told ANI that the Star Indian batter KL Rahul and Athiya Shetty are all set to marry next year. KL Rahul is set to marry his long-time girlfriend in January next year and the wedding will take place in Maharashtra. Currently busy with his tours and back-to-back matches, Rahul is not able to denote the amount of time needed.

The BCCI source said that the nuptials shall take place after the T20 World Cup. "KL informed me a few days back that he will marry Athiya next year. After that, a close family member from the girl's side also told me the same. After the T20 World Cup, the team will go for a New Zealand tour and after this, the wedding will take place in Maharashtra," the source said.

It has been a long since the two stars have been dating each other and Shetty is often seen accompanying her beau on various tours and matches. Earlier, according to reports by Pinkvilla, while it was earlier claimed that their wedding would be a star-studded event at a five-star hotel in Mumbai, it has now been reported that the duo will get married at dad Suniel Shetty's home- Jahaan in Khandala which is considered quite close to the Dhadkan actor’s heart.

The house was built 17 years ago. Moreover, the wedding nuptials will be graced by their family members and close friends while it is still awaited whether any of the Bollywood stars will be attending the ceremony or not.