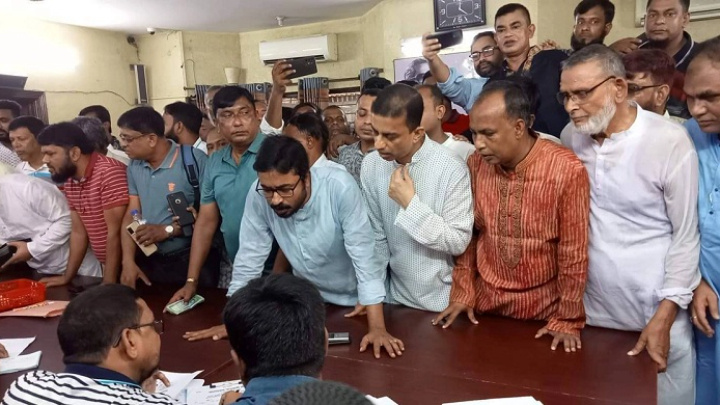 The nomination forms were sold thoroughout the day on Sunday (Sept 4).

The nomination papers can be procured from AL President's political office at Dhanmondi and submitted to the same office till September 8.

Later, decisions will be conveyed following a meeting of the AL Nomination Board at Ganabhaban on Saturday (Sept 10) next which will be held with Prime Minister and AL President Sheikh Hasina in the chair.

Md Fazle Rabbi Mia died at Mount Sinai Hospital at New York in the United States at night on July 22 last while underwent treatment there. After two days, the Jatiya Sangsad Secretariat announced his parliamentary constituency vacant. As per the constitution, it is mandatory to hold by-election in the vacant seat within 90 days after declaring it vacant. The by-election in Gaibandha-5 constituency will be held through electronic voting machines (EVMs).

On the other hand, except three hill tract districts, the Election Commission (EC) has announced to hold voting in 61 district councils on October 17 next. It was decided at a meeting of the commission on August 23 last.

Elected representatives of other local bodies like Union Parishads, Municipalities and Upazila Parishads are voters in the district council elections.

The polls will be held from 9:00am to 2:00pm without any recess. Deputy Commissioners will act as the election returning officers in the respective districts.

Earlier on April 17, the government dissolved the district councils as their five-year tenure expired earlier that month and appointed administrators.