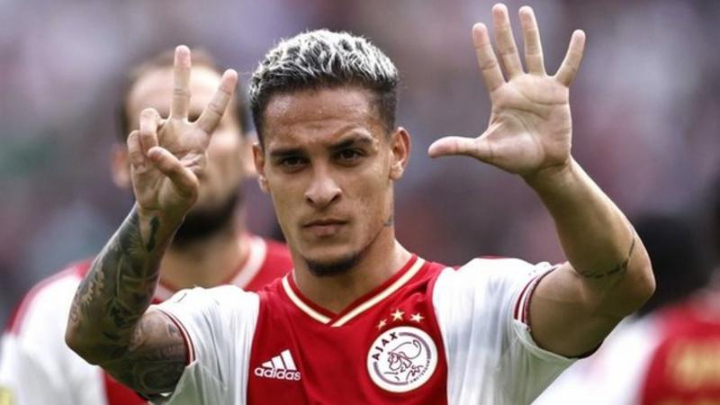 Is Antony's move from Ajax to Manchester United going to go through on deadline day?

The increase in spending comes after two consecutive summers shadowed by the Covid pandemic's impact on clubs' income, in which the total fees had dipped to £1.1bn last year.

Deloitte's Sports Business Group's Chris Wood said the level of spending was a sign that "the business models of Premier League clubs are rebounding post-Covid".

In fact, more has been spent this summer than in the last season's January and summer windows combined (£1.44bn).

Seventeen players have so far been signed by Premier League clubs for a reported fee of more than £30m each, which compares to just eight during the 2021 summer transfer window.

The deadline for English Premier League and Football League teams is 23:00 BST on Thursday, 1 September. Scotland's deadline is an hour later.

Will it be a busy day? 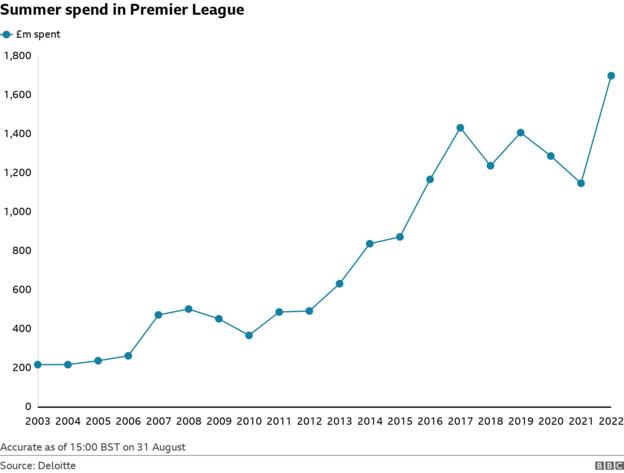 Premier League clubs passed the record spending summer of 2017 with more than a week left of the window.

There were just 14 Premier League deadline-day signings last year - one of the lowest totals in recent years - so will we see more deals completed this time?

Manchester United have reached an agreement with Ajax to sign Brazil winger Antony, 22.

That will be an initial fee of £81.3m - the fourth most expensive signing in Premier League history - when it goes through.

Another deal not likely to go through is Chelsea's proposed signing of Anthony Gordon. The London club had a bid of £40m rejected and does not value him at more than that.

Manchester City is trying to sign Borussia Dortmund defender Manuel Akanji, who is likely to cost about £15m.

Liverpool boss Jurgen Klopp said he would like his team to "risk more" in the transfer market as they consider midfielder reinforcements.

Will Leicester finally sign a first-team player? Alex Smithies is their only recruit so far, on a free transfer to be their third-choice goalkeeper.