Environment ministry to withdraw case against Hawa upon ‘agreement’ 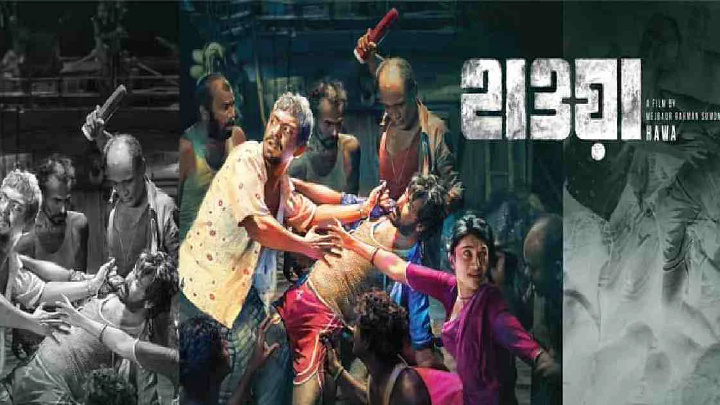 Environment Ministry to withdraw case against Hawa upon ‘agreement’

The Ministry of Environment, Forest and Climate Change will take the initiative to withdraw the case filed against the movie ‘Hawa’ for allegedly violating Wildlife Conservation and Security Act of 2012, UNB reports.

Steps will be taken to withdraw the case filed by the Wildlife Crime Prevention Unit under the ministry, upon the appeal made by the Hawa team confessing they were unaware of the provisions of the act, it said in a press release on Sunday.

The director of Hawa Mejbaur Rahman Sumon applied to the Wildlife Crime Control Unit. The wildlife crime control unit submitted it to Dhaka Chief Metropolitan Magistrate Court to withdraw the case on Sunday.

As the case is compoundable according to section 43 of Wildlife Conservation and Security Act, 2012, and section 248 of CrpC, the appeal was submitted.

The court has heard the appeal and fixed the next hearing to pronounce a verdict in this regard.

On 17 August, four officers of the Wildlife Crime Prevention Unit filed a case after seeing the movie released on 29 July.

On 22 August, a legal notice was served to ban screenings of the film Hawa, for violating the Wildlife Conservation and Security Act.

The notice demanded the license of the film be revoked, and to ban its screening worldwide, not just locally.

Besides, it said the Censor Board should be reconstituted to include members of the Wildlife Crime Prevention Unit, lawyers and environmentalists.

In addition, before giving the Censor Board’s clearance to any movie in the future, it must be ensured that a film does not violate any section of the Wildlife Conservation and Safety Act-2012.

According to the notice, in the movie, a bird is seen kept caged on a trawler. At one point the bird is killed and eaten.

Besides, there are several scenes in the movie which are clear violations of the Wildlife Conservation and Protection Act, 2012.

As a result, people will be encouraged to hunt, cage and kill birds.

No permission was taken from the Forest Department to promote this scene, added the notice.

The entire episode however drew ridicule from some quarters, and artists in particular.