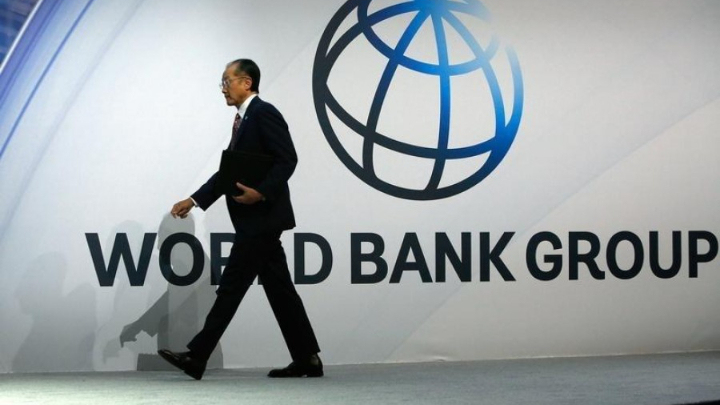 The World Bank Group is scaling up its lending to Bangladesh in non-concessional terms by as much as three times to prepare the country for its impending LDC graduation, which would close the doors to low-cost funds.

At present, all the loans that Bangladesh gets from the Washington-based multilateral lender come from the International Development Association, its concessional lending arm for the world's poorest countries.

As the country's economic position improves, it graduates from IDA and into the International Bank for Reconstruction and Development (IBRD), the WB arm that lends to middle-income countries at commercial rates.

IDA scales up the share of loans in IBRD terms as the country nears graduation to prepare for borrowing at market-based rates.

Bangladesh is now at that stage, which is a "blend" country in the WB's categorisation.

So in IDA20, the IDA's latest three-year lending programme starting from July 2022 and ending in June 2025, Bangladesh would be receiving $6.05 billion, 33 percent of which would be on market-based rates.

In IDA19, where Bangladesh was the largest recipient country, 13.7 percent of the loans were on market-based rates.

The country was officially informed last week of its share in IDA20, which began a year ahead of schedule after the global coronavirus pandemic depleted the previous pot in two years instead of three.

Of the record $93 billion raised for IDA20, Bangladesh has been allocated 6.5 percent, while 39 African nations would be getting 70 percent of the pot.

The reason Bangladesh is getting a bigger share of the pie this time is because of the country's improved project selection sense and capacity to utilise funds, said Zahid Hussain, a former lead economist of the World Bank's Dhaka office.

In the last year of the three-year IDA cycle, unused allocations are redistributed to other countries.

Of the $6.05 billion that Bangladesh would be getting over the three-year cycle, $2.45 billion would be coming from the $54 billion pot for Performance-Based Allocations (PBA), which are based on countries' performance and needs.

In IDA19, Bangladesh got $3.4 billion from PBA, which is on concessional terms.

The interest rate for loans in this category for Bangladesh, a lower middle-income country since 2015, is 2 percent and the repayment period is 30 years with a grace period of five years.

When Bangladesh was a low-income country, the interest rate for PBA loans was 0.75 percent and the repayment period was 40 years with a grace period of eight years.

Other than the PBA, countries can access additional resources through the five IDA windows, with one of them coming at IBRD terms.

And it is for the non-concessional window that Bangladesh's allocation has increased by more than three times, raising the exigency for the country to improve its project implantation capacity markedly.

Bangladesh would be receiving $2.6 billion from the $14.1 billion Scale-up Window (SUW), which aims to increase financing in eligible IDA countries for high-quality, transformational, country and/ or regional operations with strong development impact and help meet heightened external financing needs in the aftermath of COVID-19.

In IDA20, the SUW will have two different portions: the regular SUW at IBRD terms and concessional shorter-term maturity loans (SUW-SML).

Bangladesh would be getting $2 billion under the regular SUW, up from $620 million in the previous cycle.

The interest rate for loans under the regular SUW is based on LIBOR but capped at 2.5 percent. The repayment period is 25-30 years with a grace period of five to six years.

Another $600 million will come from SUW-SML, which will allow countries to scale up investments needed in the short- and medium-term as part of COVID-19 response.

There is no service charge or interest rate for this loan and the repayment period is 12 years with a six-year grace period.

Bangladesh will get $1 billion from the $7.9 billion Regional Window (RW), which supports IDA countries in collaborating to find solutions to shared regional challenges, address issues of small and fragmented markets, and promote global or regional public goods.

In IDA20, the RW provides more flexibility, as only two countries (instead of three in IDA19), of which at least one should be an IDA-eligible country, will be required to qualify as a regional operation.

Bangladesh got $495 million from RW in IDA19, the interest rate for which is concessional.

Hussain advised the government to use up the concessional funds before touching the SUW, which is on commercial rates.

The budget support that the government is seeking from the WB could be from the SUW-SML as it is on concessional terms and has a shorter repayment period, he said.

With the IDA20, the WB will have provided Bangladesh with about $43.05 billion.

As of fiscal 2021-22, the multilateral lender has provided about $37 billion, 59.5 percent of which came after 2012, when the Bangladesh government got into a tussle with the WB over the financing of the Padma Bridge.