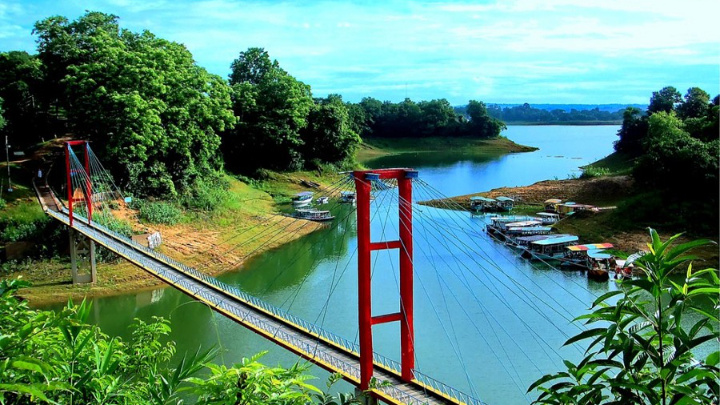 The state-owned tourism company Parjatan needs to change its business model. It is unfit and ill equipped to promote tourism in Bangladesh in this day and age. Parjatan still relies on an outdated business model and has failed to brand Bangladesh internationally for tourism.

The government must heed this call, because Parjatan is evidently a poorly performing state owned enterprise. It needs to be privatized -- either through a stock market listing or a sale of shares to a competent operator. The government may consider a partial sale of shares. But it is imperative to modernize Parjatan by making it entrepreneurial, competitive, and accountable to shareholders.

Parjatan was set up in 1972 to develop the tourist industry in the country. But it continued with a pre-1971 business model of operating small motels. This business model is completely unsuitable in contemporary times. Moreover, Parjatan does not understand how the industry works. It does not even operate in many of the key cultural heritage sites of the country.

A key frustration with Parjatan is its inability to capitalize on Bengali aesthetics to attract tourists. You would think an organization set up by Bangabandhu would try to advance his dream of a Shonar Bangla (Golden Bengal). But Parjatan has failed.

Take for example the three UNESCO World Heritage Sites in the country. Not a single world class hotel or resort exists in the vicinity of these sites.

The tourist industry has so far developed around the beachfront town of Cox’s Bazaar; and to some extent in the hilly regions of the Chittagong Hill Tracts and Sylhet’s tea estates. The industry is overwhelmingly dominated by domestic tourism.

The private sector has been the driving force behind the local tourism boom. Parjatan’s role has been limited to operating motels, which pale in comparison to private sector hotels and international hotel chains.

Despite an eclectic cultural heritage, Bangladesh has hardly tapped into the potential for high end tourism centered on the nation’s architecture and transport links.

The cruise boats used on the Nile in Egypt are similar to the historic rocket boats (paddle steamers) of Bangladesh’s rivers. While Egypt profits from cruises on the Nile, Bangladesh is yet to emerge as a major destination for river tourism despite being the ultimate land of rivers.

Bangladesh has one of the oldest railways in the world. The Bangladesh Railway is yet to introduce a Bengali equivalent of the Orient Express or the Palace on Wheels.

In Cambodia, tourists are driven in vintage cars to see the ruins of Angkor Wat. In Bangladesh, the Paharpur ruins are older than Angkor Wat and may have even inspired the architects of Angkor Wat.

The ruins of Paharpur resemble a pyramid. Paharpur deserves to be surrounded by chic hotels, resorts, and spas which can give travelers a taste of the ancient Pala Empire.

To tap into the potential for high end and heritage tourism, Parjatan can play a key role. But it does not have the brains, capacity, willingness, or funds to do so. Hence, privatization is the only option in order to make it competitive and entrepreneurial.