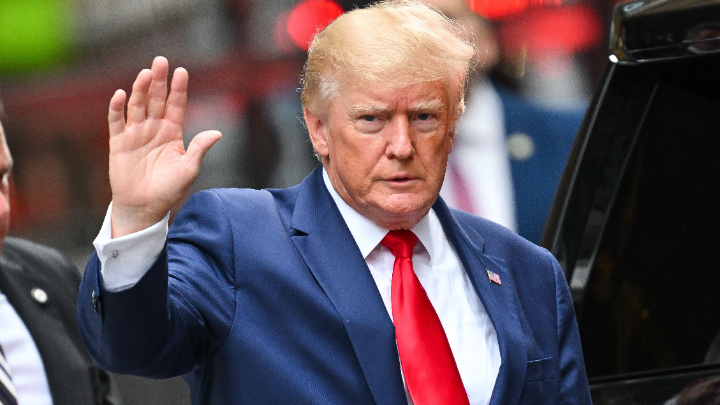 Former US president Donald Trump on Wednesday said that the department of justice and the FBI returned his passports seized during the raid at his Mar-a-Lago residence in Florida last week. The FBI had executed a search warrant to recover classified records from the Florida estate and seized a trove of documents that were labelled ‘TS/SCI documents’, the US government's highest top-secret rating.

"The DOJ and FBI just returned my passports. Thank you! Unfortunately, when they Raided my home, Mar-a-Lago, 8 days ago, they just opened their arms and grabbed everything in sight, much as a common criminal would do . This shouldn't happen in America!" Trump said on Tuesday in a statement in a Truth Social post.

On Monday, he alleged that the federal law enforcement agency “stole” three passports, one of which he said was expired.

"Wow. In the raid by the FBI on Mar-a-Lago, they stole my three Passports (one expired), along with everything else. This is an assault on a political opponent at a level never before seen in our country. Third World," he wrote on Truth Social.

Hours later, a spokesperson for Trump shared on Twitter an email received from a top Justice Department official, alerting the former president's lawyers that the passports would be returned.

"We have learned that the filter agents seized three passports belonging to President Trump, two expired and one being his active diplomatic passport. We are returning them, and they will be ready for pickup at WFO at 2 pm today," Jay Bratt wrote, referring to the FBI's Washington field office.

The FBI reportedly seized 11 sets of classified records during the search of Trump's Florida property. Trump condemned the raid as a weaponization of the US justice system against him and claimed to have declassified all materials present at his Mar-a-Lago residence.
Hindustan Times