US cuts water supply for some states, Mexico as drought bites 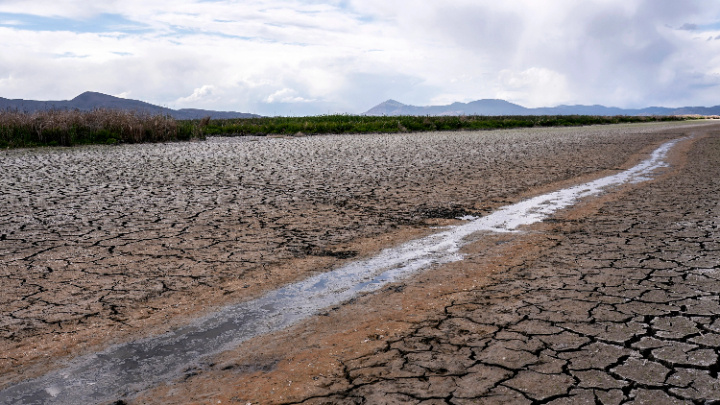 Water supplies to some US states and Mexico will be cut to avoid "catastrophic collapse" of the Colorado River, Washington officials said Tuesday, as a historic drought bites.

More than two decades of well below average rainfall have left the river -- the lifeblood of the western United States -- at critical levels, as human-caused climate change worsens the natural drought cycle.

Despite years of warnings and a deadline imposed by Washington, states that depend on the river have not managed to agree on a plan to cut their usage, and on Tuesday, the federal government said it was stepping in.

"In order to avoid a catastrophic collapse of the Colorado River System and a future of uncertainty and conflict, water use in the Basin must be reduced," said Tanya Trujillo, assistant secretary for water and science at the US Interior Department.

Arizona's allocation from the river will fall by 21 percent in 2023, while Nevada will get eight percent less. Mexico's allotment will drop by seven percent.

California, the biggest user of the river's water and the most populous of the western states, will not be affected next year.

The Colorado River rises in the Rocky Mountains and snakes its way through Colorado, Utah, Arizona, Nevada, California and northern Mexico, where it empties into the Gulf of California.

It is fed chiefly by snowpack at high altitudes, which melts slowly throughout the warmer months.

But reduced precipitation and the higher temperatures caused by humanity's unchecked burning of fossil fuels means less snow is falling, and what snow exists, is melting faster.

As a consequence, there is not as much water in the river that supplies tens of millions of people and countless acres of farmland.

The states that use the water have been locked in negotiations over how to slash usage, but missed a Monday deadline to cut a deal, so Washington stepped in.

Officials in upstream states hit out Tuesday at what they saw as an unfair settlement, with California exempted from any cuts.

"It is unacceptable for Arizona to continue to carry a disproportionate burden of reductions for the benefit of others who have not contributed," said a statement by Tom Buschatzke, director of the state's Department of Water Resources and Ted Cooke, general manager of the Central Arizona Project.

"The worsening drought crisis impacting the Colorado River Basin is driven by the effects of climate change, including extreme heat and low precipitation," he said.

"In turn, severe drought conditions exacerbate wildfire risk and ecosystems disruption, increasing the stress on communities and our landscapes."

The western United States is suffering under a drought that is now in its 23rd year, the worst episode in more than 1,000 years.

That drought has left swathes of the country dry and vulnerable to hotter, faster and more destructive wildfires.

Communities served by the Colorado River, including Los Angeles, have been ordered to save water, with unpopular restrictions in place on outdoor watering.

Those restrictions are unevenly adhered to, with some lawns -- especially in the plushest parts of Los Angeles and its surroundings -- still remarkably green.
Hindustan Times