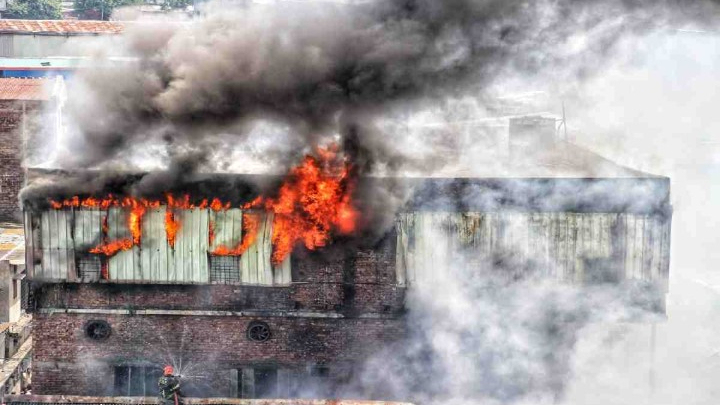 Police detained the owner of Barishal Hotel and Restaurant in old Dhaka's Chawkbazar area where a fire broke out and killed its six staffers yesterday (August 16, 2022).

Filing of a case over the incident is underway, the OC said.

All the six dead were employees of the restaurant on the ground floor of the four-storey building that caught fire around 12 noon yesterday.

The workers were sleeping on the first floor after finishing their night duty, families of the deceased and other restaurant employees said.

The fire might have originated at the restaurant and later spread to the plastic factory in the building, Bazrul Rashid, deputy assistant director of Fire Service, earlier said quoting witnesses.

A leaky gas connection at the restaurant -- Barishal Hotel most likely caused the fire, the fire service said earlier.