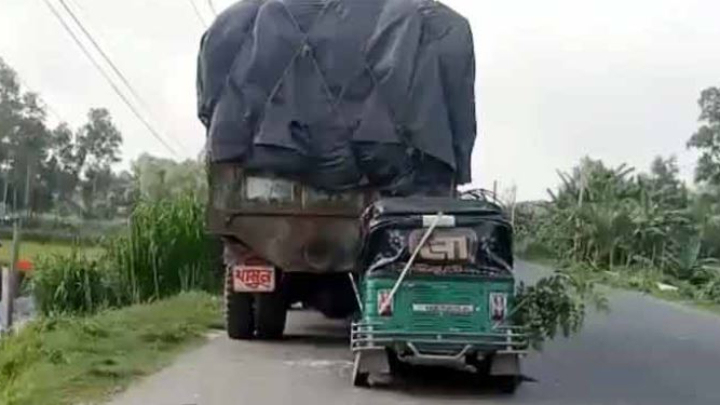 Two people were dead and three were injured when a CNG-run auto-rickshaw hit a parked truck at Ghatail upazila in Tangail early today (August 16, 2022).

The dead and injured were all auto-rickshaw's passengers, reports.

Confirming the incident, Sub-Inspector (SI) Monirul Islam of Ghatail Police Station said that the accident took place around 5am today at Brahmanshashan area on Tangail-Mymensingh road.

"The driver of the CNG-run auto-rickshaw lost control of the vehicle and hit a truck parked on the side of the road. Two passengers died on the spot," the SI said.

The deceased were identified as Shahjahan (65) of Ghatail upazila and Nepal Chandra Saha (62) of Hamidpur Sahapara area.

SI Monirul added that the three injured, including the auto-rickshaw driver, have been admitted to Tangail General Hospital.