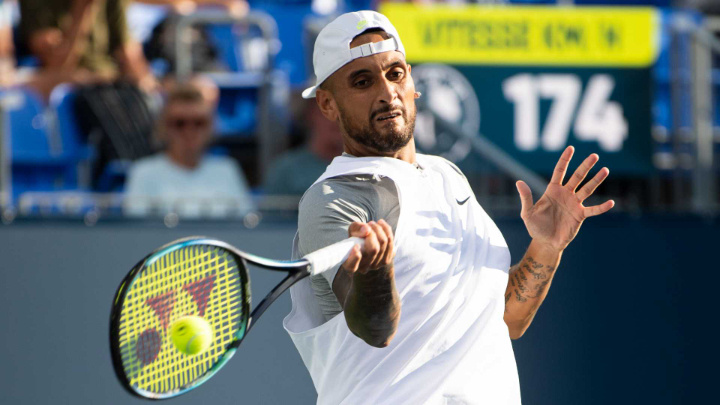 Wimbledon finalist Nick Kyrgios will skip the Davis Cup next month, Tennis Australia said on Tuesday, scotching speculation about his return to the team competition.

The 27-year-old has not appeared at the Davis Cup since 2019 but would have been an obvious choice given his strong run of form since his Wimbledon final appearance in July.

Kyrgios, ranked 28 in the world, won the Washington Open earlier this month and reached the quarter-finals of the Canadian Open.

"It would have been great to have Nick in the team but unfortunately he was unavailable for this tie," Australia's Davis Cup captain Lleyton Hewitt said in a statement.

The team will be led by Alex de Minaur and Thanasi Kokkinakis and also include Wimbledon men's doubles champions Matt Ebden and Max Purcell.

Australia will compete in Hamburg on September 13-18 in Pool C alongside Germany, France and Belgium in the group stage.

"We fought through a really tough qualifying match back in March against Hungary which has now given us this opportunity to build on and the boys understand what's at stake," Hewitt said.