Case filed for causing deaths of 5 in Uttara 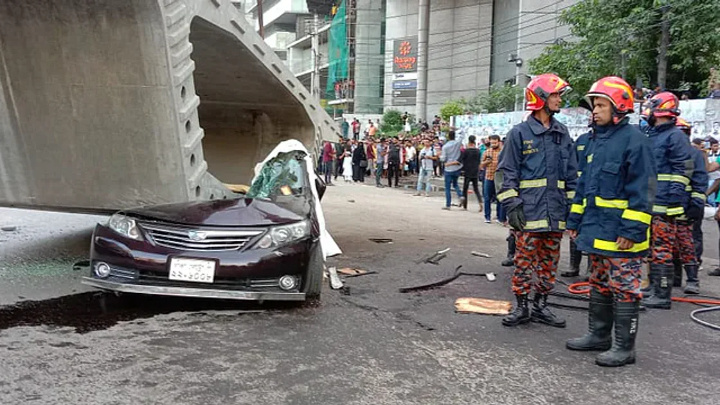 A case has been filed for causing the deaths of five persons by negligence after a segment of a box girder of Bus Rapid Transit (BRT) project fell from a crane on a car in Dhaka's Uttara area yesterday (August 15, 2022).

Afran Mondal Babu, brother of two victims – Fahima Begum and Jharna Begum, filed the case with Uttara West Police Station against the concerned officials of China Gezhouba Group Co Ltd, the contractor firm, and the crane driver, said Mohammad Mohsin, officer-in-charge of the police Station."The accused are unnamed and number was not mentioned in the case. We are identifying those who were negligent and trying to arrest them," he told.

Five passengers, including two children, of a car were crushed to death and two others were injured after the box girder fell on the vehicle, due to not ensuring safety measures and traffic management during the work on one of Dhaka's busiest highways.It happened at Jasimuddin Road intersection on Dhaka-Mymensingh highway around 4pm when a crane toppled while moving the precast concrete segment.

The weight apparently was too much for the crane.