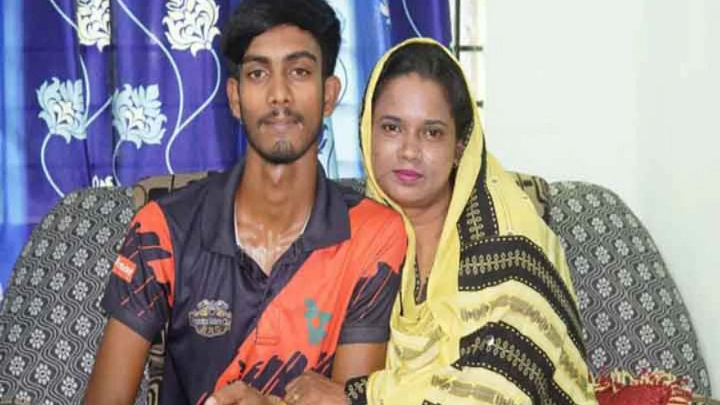 Police recovered the body of a teacher who married a college student in Gurudaspur upazila of Natore.

The deceased was identified as Khairun Nahar, 40, reports.

The body was recovered from a rented house in Ballaripara area of Natore city at 7am on Sunday. Police arrested her husband Mamun Hossain, 22, in this incident.

Confirming the matter, Nasim Ahmed, officer-in-charge (OC) of Natore Sadar police station, said, during initial interrogation, Mamun said that he left the house around 4am and went to the bathroom. “After a while, he came back and saw Nahar hanging from the ceiling with a veil wrapped around his neck. Not having anything sharp at hand, light a fire with the stick of Diyashlai and burn the veil to bring her down,” he added.

The OC also said that it was initially believed that she had committed suicide.

According to police, the process of recovering the body and sending it to the hospital morgue is underway. The actual cause of death will be known after the autopsy report, said police.

Mamun and Nahar got married at a kazi office on December 12.

After six months of marriage, when the matter became viral, various discussions and criticisms started on social media.