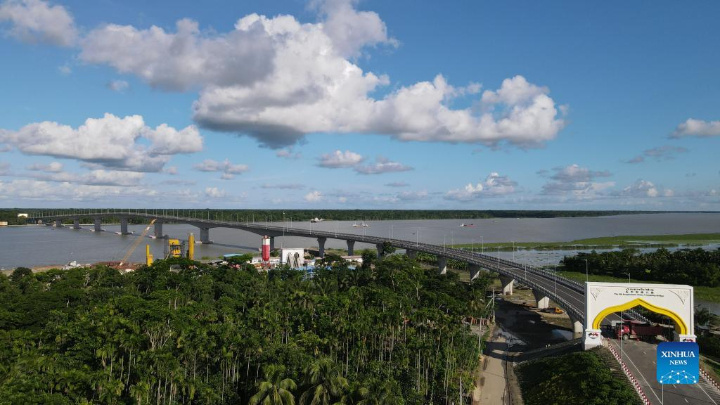 The eighth Bangladesh-China Friendship Bridge has been officially handed over to the Bangladesh government.

The signing of the "Certificate of Handover and Acceptance of the China-aid Project of the 8th Bangladesh-China Friendship Bridge" by the two governments took place on Sunday, according to a statement issued by the Chinese mission in Bangladesh.

The 2.96-km bridge over the Kocha River is located 185km southwest of Dhaka in Pirojpur connects the Khulna and Barishal divisions.

Local residents, who now use ferries and boats to cross the river, will benefit immensely once the bridge is opened to traffic, as it would cut travel time to just minutes.

The bridge is expected to significantly improve local traffic conditions.

The bridge will also promote regional connectivity as well as the development of agriculture, industry, aquaculture, fishery and tourism in southern Bangladesh, the statement said.