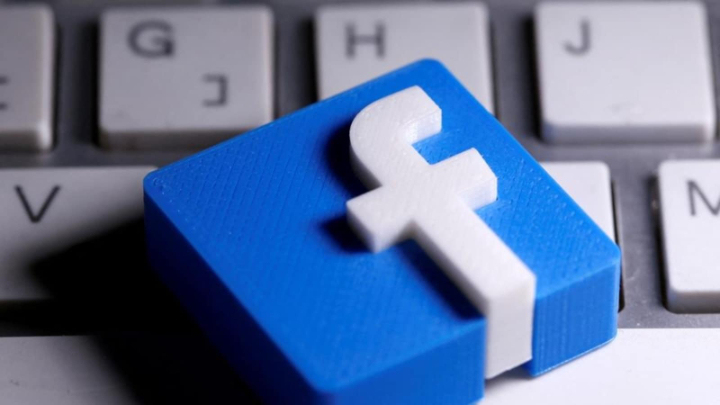 Facebook sparked outrage by complying with US police probing an abortion case, boosting simmering fears the platform will be a tool for clamping down on the procedure.

Criticism built after media reports revealed the social networking giant had turned over messages key to a mother being criminally charged with an abortion for her daughter.

Advocates had warned of exactly this kind of thing after America's top court revoked the national right to abortion in late June, as big tech companies hold a trove of data on users locations and behaviour.

Jessica Burgess, 41, was accused of helping her 17-year-old daughter to terminate a pregnancy in the mid-western US state of Nebraska.

She faces five charges -- including one under a 2010 law which only allows abortion up to 20 weeks after fertilisation.

The daughter faces three charges, including one of concealing or abandoning a corpse.

Yet Facebook owner Meta defended itself Tuesday by noting the Nebraska court order "didn't mention abortion at all", and came before the Supreme Court's highly divisive decision in June to overturn Roe v Wade, the case which conferred right to abortion in the United States.

"That sentence would seem to imply that *if* the search warrants mentioned abortion, there would be a different result. But of course that's not true," tweeted Logan Koepke, who researches on how technology impacts issues like criminal justice.

When queried about handing over the data, the Silicon Valley giant pointed AFP to its policy of complying with government requests when "the law requires us to do so."

Nebraska's restrictions were adopted years before Roe was overturned. Some 16 states have outright bans or limits in the early weeks of pregnancy in their jurisdictions.

For tech world watchers, the Nebraska case surely won't be the last.

"This is going to keep happening to companies that have vast amounts of data about people across the country and around the world," said Alexandra Givens, CEO of the non-profit Centre for Democracy & Technology.

She went on to note that if companies receive a duly-issued legal request, under a valid law, there are strong incentives for them to want to comply with that request.

"The companies at a minimum have to make sure that they're insisting on a full legal process, that warrants are specific and not a fishing expedition, searches are very narrowly construed and that they notify users so that users can try to push back," Givens added.

Meta did not provide AFP the Nebraska court's order. The police filing asked the judge to order the company not to tell Burgess's daughter about the search warrant for her Facebook messages.

"I have reason to believe that notifying the subscriber or customer of the issuance of this search warrant may result in the destruction of or tampering with evidence," police detective Ben McBride wrote.

He told the court he began investigating "concerns" in late April that Burgess's daughter had given birth prematurely to a "stillborn child", which they allegedly buried together.

Advocates noted that apart from not using Meta's products, one sure way to keep users' communications out of government hands would be for them to be automatically encrypted.

Meta-owned WhatsApp has end-to-end encryption, which means the company does not have access to the information, but that level of privacy protection is not the default setting on Facebook messenger.

"The company has never said it would not comply with a request from law enforcement in a situation related to abortions," said Caitlin Seeley George, a campaign director at advocacy group Fight for the Future.

"If users could rely on encrypted messaging, Meta wouldn't even be in a position where they could share conversations," she added.
Hindustan Times