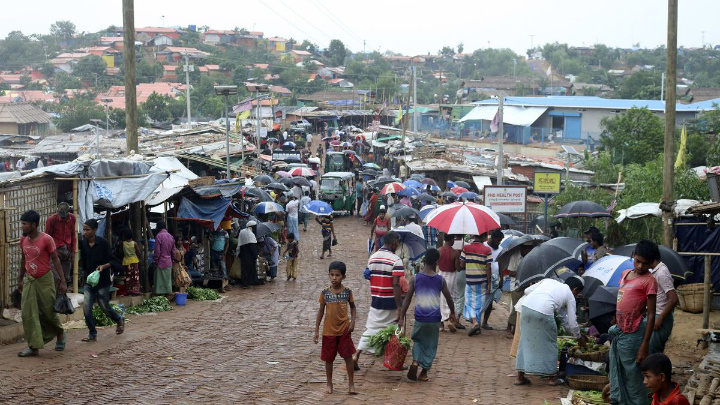 The incident was reported from the hill slopes of C-9 Block of Camp 15 around midnight on Tuesday.

The victims have been identified as Abu Taleb, the head majhi of the camp’s C-block and Syed Hossain, the majhi of sub-block C/9.

He said that Taleb and Syed were critically injured after a group of miscreants shot them in front of Achia Begum’s shed.

“APBn and the camp residents rescued them and brought them to MSF Hospital in Jamtali camp,” he added.

Syed Hossain was declared dead upon arrival while Abu Taleb was referred to Kutupalong Hospital for advanced treatment.

However, doctors declared him dead upon reaching the Kutupalong MSF Hospital.

According to local sources, around 10 to 12 miscreants stopped Taleb and Syed while they were returning home at night and fired shots at them.

ASP Kamran said that initial investigation points towards premeditated murder due to past enmity.

He added that raids are being conducted in the camps and efforts were underway to arrest the shooters.

Ukhiya Police OC Muhammad Ali said that the dead bodies have been sent to the district sadar hospital for autopsy and a case will be filed in this regard.