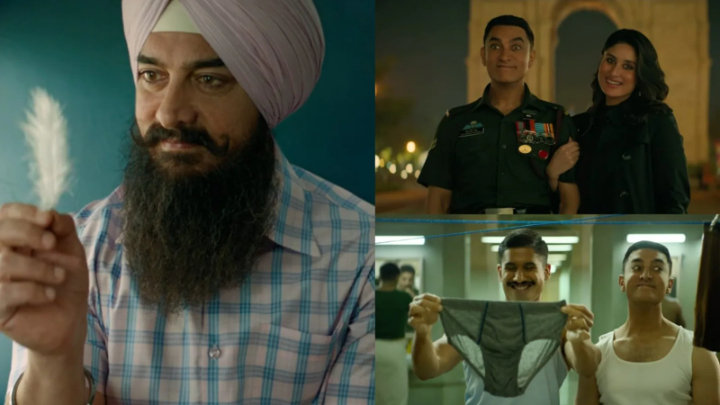 Aamir Khan's "Laal Singh Chaddha" has been making headlines these days. The movie has become a victim of Twitterati's rage as "#BoycottLaalSinghChadhha" is currently trending all over Twitter right now.

However, Mr. Perfectionist isn't bothered by all the negative publicity, as he makes a shocking statement once again, this time on OTT platforms. The superstar blames OTT for Bollywood's poor performance at the box office.Aamir Khan has announced that he won't be releasing his movie "Laal Singh Chaddha" on OTT for at least six months after it gets released in theatres. Khan believes people's curiosity to watch films in theatres has significantly reduced due to the emergence of OTT platforms.

The "Dangal" star believes that early access means of films on streaming platforms makes it less desirable to go to the theatres as people want to enjoy watching the movie in the comfort of their homes rather than going to theatres. Indian audiences are 'less forgiving' and brutal as they won't watch the movie if the screenplay is subpar."Laal Singh Chaddha", starring Aamir Khan and Kareena Kapoor, is a remake of Tom Hanks' classic movie "Forrest Gump". The movie also stars Mona Singh and  Naga Chaitanya, in prominent roles. The film is slated to be released in theatres on August 11.