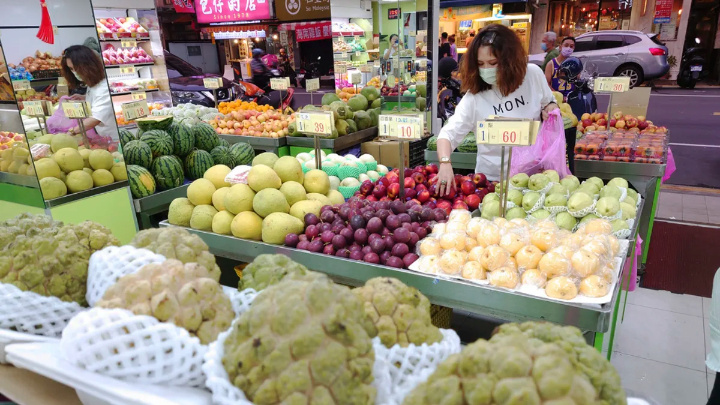 China rolled out curbs on Wednesday on the import of fruit and fish from Taiwan while halting shipments of sand to the island in the wake of a visit by US House Speaker Nancy Pelosi.

The trip by Pelosi, who is second in line to the presidency and the highest-profile elected US official to visit Taiwan in 25 years, has ignited a diplomatic firestorm.

She landed on Tuesday in the wake of increasingly stark warnings from China, which considers the island a part of its territory to one day be reclaimed, by force if necessary.

China's Customs Administration said on Wednesday it would suspend some citrus fruit imports from Taiwan over alleged "repeated" detection of excessive pesticide residue, and the import of fish owing to positive coronavirus tests on packages.

In a separate notice, the Commerce Ministry added it would also "suspend the export of natural sand to Taiwan" from Wednesday, without providing details.

Natural sand is generally used for producing concrete and asphalt, and most of Taiwan's imported sand and gravel comes from China.

The moves are part of a "common pattern for Beijing," said Even Pay, an agriculture analyst at consultancy Trivium China.

More disruptions of agricultural and food trade can be expected in the coming days, she added.

"When diplomatic or trade tensions are running high, Chinese regulators typically take an extremely strict approach to compliance... looking for any issues that can be used to justify a trade ban," she told AFP.

It is not the first time Beijing has taken aim at the island's exports.

China banned pineapple imports in March 2021, citing the discovery of pests, in a move that was widely seen as politically driven.

Beijing has ramped up pressure on Taiwan since President Tsai Ing-wen took office in 2016, as she views the island as a de facto sovereign nation and not part of "one China."

On top of the latest bans, Taipei's Council of Agriculture said on Tuesday that China had cited regulatory breaches in suspending the import of other Taiwanese goods, including fishery products, tea and honey.

Taiwan's 23 million people have long lived with the possibility of an invasion, but that threat has intensified under President Xi Jinping, China's most assertive leader in a generation.