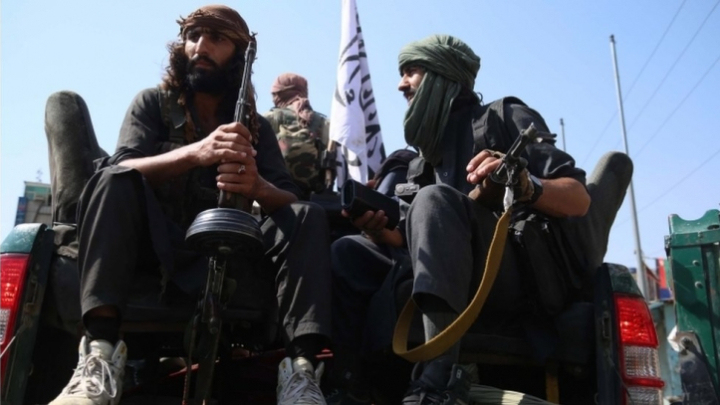 Like many across the world, millions in Asia have been shocked by the scenes of desperation coming out of Afghanistan - with some asking if America can still be trusted.

On Sunday evening - just a week after the Afghan capital Kabul fell to the Taliban - US vice-president Kamala Harris landed in Singapore for the start of a whirlwind Asian tour.

She has since sought to smooth ruffled feathers by saying the region is a "top priority" for the US.

But is it enough to reassure those concerned in Asia? And can America fend off China's attempts to seize on what some say is a golden opportunity for anti-US propaganda?

On Monday, Singapore's prime minister Lee Hsien Loong warned that many in the region were watching how the US repositions itself in the fallout of Afghanistan.

For two of America's biggest regional allies in particular, South Korea and Japan, public confidence in the US has largely been unaffected - but there have been anxious murmurings from some quarters.

Some conservatives have called for their militaries to be beefed up, arguing that they cannot fully trust in America's promise to back them up in a conflict.

The US presently has tens of thousands of troops stationed in both countries, but former president Donald Trump's America First foreign policy had strained relationships.

In an interview with ABC News last week, US President Joe Biden insisted there was a "fundamental difference" between Afghanistan and allies like South Korea, Japan and Taiwan, saying it was "not even comparable".

Experts have agreed, pointing out that Afghanistan is not the same as more developed places in Asia which have their own substantial military resources and strong governments.

As Asian democracies, they share similar values as America and have become significant trade and military partners. And with places like South Korea forming the bedrock of US military strategy in Asia, it would be unlikely that the US would pull out its troops any time soon.

But as uncertainty swirls, China has ratcheted up its rhetoric.

China's Foreign Minister Wang Yi said last week that the US "hasty" pullout from Afghanistan has caused a "serious negative impact "while some hawkish government figures and state media have gone one step further.

Foreign ministry spokesman Zhao Lijian has repeatedly compared it to the fall of Saigon, while his colleague Hua Chunying called the US "destructive", adding that "wherever the US sets foot… we see turbulence, division, broken families, deaths and other scars in the mess it has left."