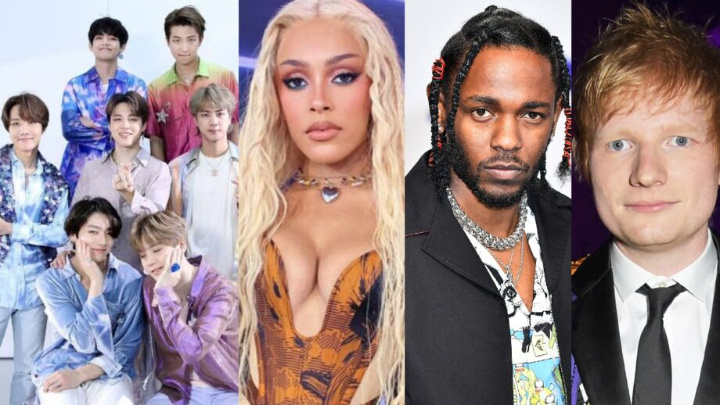 MTV announced the nominees on Tuesday, the list which also included stars such as Harry Styles and Doja Cat with six nominations each; and Billie Eilish, Drake, Dua Lipa, Ed Sheeran, Taylor Swift and The Weeknd received five nominations each.

The kings of K-Pop took home two awards at the 2021 MTV Video Music Awards—which included the 'Group of the Year' award, which BTS won with 25 million online votes. Nominees for this year's 'Group of the Year' and 'Song of the Summer' will be announced later, with the winners picked using social media.