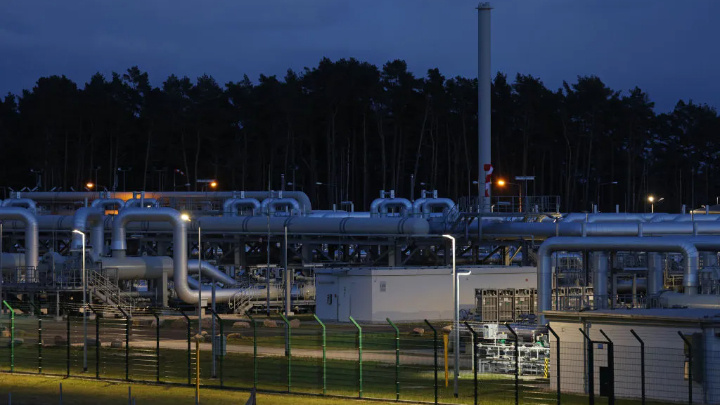 Britain faces “knock-on impacts” for the country’s energy supplies such as rocketing prices if Russia cuts off natural gas flows to Europe, according to National Grid Plc.

Only about 6% of the UK’s gas imports come from Russia, a statistic the government has so far used to play down the risks of reduced flows to the UK energy system. The grid operator’s warning is the first time it has openly addressed the threat of Moscow’s decision to throttle fuel supplies.

“It is clear that the cessation of flows of gas into Europe could have knock-on impacts, including very high prices,” National Grid said Thursday in its early outlook for winter.

Britain’s gas market is linked to Europe through its network of pipelines to the continent and Norway, and summer prices are already four times higher than usual. But with limited gas storage capacity, the UK is reliant on Europe for exports in winter and exposed to further disruptions in Russian flows, which Kremlin insiders say are likely to continue in retaliation for European sanctions.

Higher prices would put even more strain on consumer bills that are already projected to reach record levels in October before rising again in January. There’s mounting pressure on the government to do more beyond the £400 discount on household tariffs already pledged.

Keeping the lights on is going to be more difficult too. System margins, or the buffer National Grid needs to keep in reserve, are expected to shrink this year. The network operator’s base case margin is 6.7%, or 4 gigawatts, down from 7.3% last year, according to the report published Thursday.

The UK will need to rely on imports of electricity on its power cables to France, Norway, Belgium and the Netherlands when supplies run short.

“On the tightest days the price in Great Britain will be higher than in Europe,” National Grid said. This will mean power flowing into the UK “in response to these market signals, which include scarcity prices, as they have done in previous winters,” it said.

Right now, prices in France are the highest in Europe, meaning it’s importing from its neighbors including the UK. Last week, France’s grid operator made an emergency call to secure power supplies from Britain, highlighting the potential battle ahead over the direction of flows on these interconnecting cables.

There is also looming threat from the unavailability of Electricite de France SA’s nuclear fleet, National Grid said. Usually a power exporter, less than half of France’s reactors are running now with maintenance and repairs taking longer than expected.

“We are continuing to monitor the outlook in France and will undertake further assessments,” the network operator said in the report.

The UK has already contracted two coal stations to be kept in reserve this winter, and National Grid is in talks with a third operator to extend the measure. Those units won’t run in the market and aren’t counted in the margin assumptions.

One scenario National Grid will model before winter includes how Britain would manage with no gas imports from Europe. But it remains uncertain how European Union member states will act if there is a gas emergency and the fuel has to be locked within specific states.
Hindustan Times