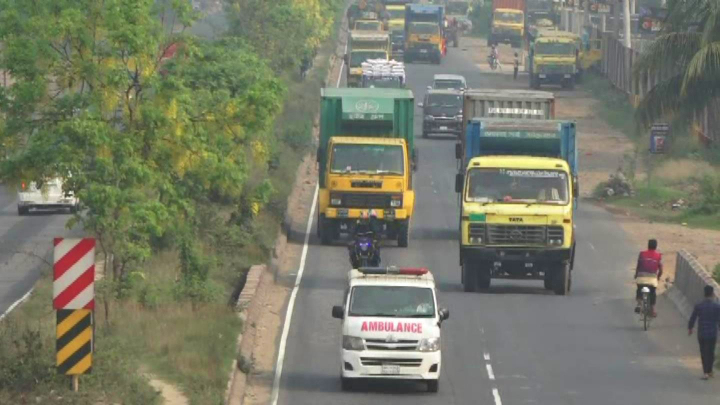 A nearly 35-kilometre tailback was reported on the Dhaka-Chittagong highway on Thursday.

The traffic started from the Comilla Cantonment area and extended till Chandina and Daudkandi’s Gauripur.

Sabuj, a Dhaka-bound passenger told Bangla Tribune that he set out from Comilla at 9am and has been stuck in front of the cantonment ever since.

Iliotganj Highway Police outpost in-charge Premdhan Majumder says that the lorry has been removed and police was working to clear the tailback.