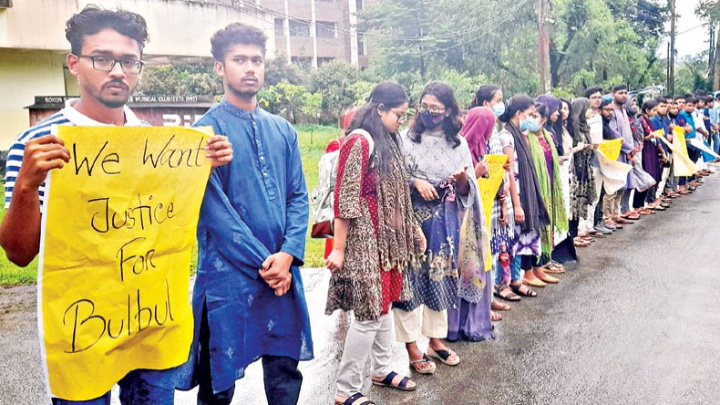 Police have detained three people over the murder of Bulbul Ahmed, a student of Shahjalal University of Science and Technology (Sust).

The arrestees are Kamrul Islam, 22, Abul Hossain, 18 and Mohammad Hassan, 18

Abul and Mohammad were arrested on information provided by Kamrul, DC Aazbahar said.

Police also found Bulbul's mobile phone and the knife used to murder him from their possession.

Bulbul Ahmed, a third-year student of the Public Administration Department, was stabbed to death by a mugger on campus.

The incident took place near Gazikalur Tila area inside the campus on Monday.

According to sources, Bulbul was a member of Bangladesh Chhatra League’s Sust unit.
Dhaka Tribune