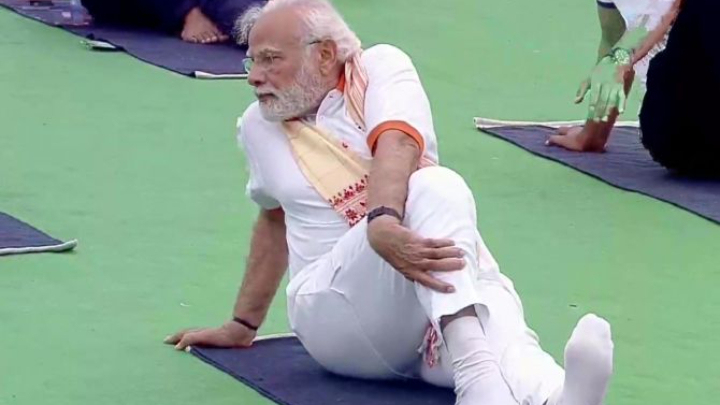 Indian Prime Minister Narendra Modi today led the country's celebration of the International Day of Yoga at the main event in the iconic royal palace of Mysuru, in the southern Karnataka state.

Thousands of people joined Modi in the mass yoga demonstration there, reports our New Delhi correspondent.

Since 2015, the International Day of Yoga has been celebrated worldwide on June 21 every year. The theme for this year's Yoga day is "Yoga for Humanity".

To mark the 75 years of India's independence, India's Ministry for Ayush selected 75 places across the country for Modi's ministerial colleagues to participate in the Yoga Day celebration.

Modi had, in his speech at the UN General Assembly on September 27, 2014, first proposed the idea of the International Yoga Day. The draft resolution passed by India was supported by 177 countries and the United Nations declared June 21 as the International Day of Yoga on December 11, 2014.