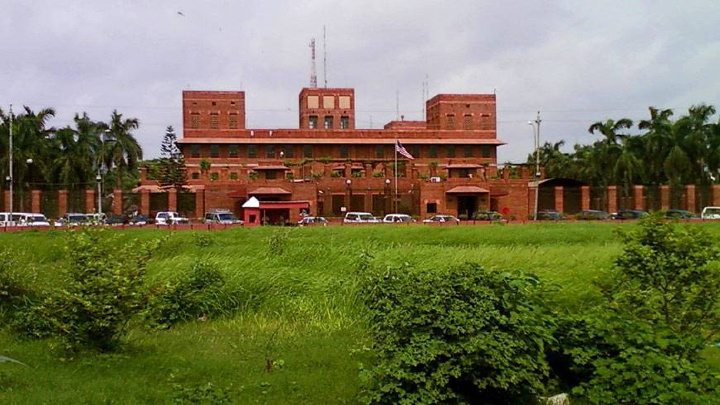 The US embassy in Dhaka has said they were hopeful to clear huge backlog of student visa ahead of the fall session as its consular section was engaged in processing them even on Friday weekends.

"We are doing everything we can clear the backlog, the embassy is really prioritizing this," a consular officer of US embassy told BSS.

She said the consular section was hopeful to clear the backlogs by fall as a group of officials were engaged only in processing the student visas intending to attend the fall semester in US universities.

The US embassy's consular section is faced with the backlog of both immigrant and non-immigrant visa applications due to Covid-19 pandemic while many Bangladeshi students are particularly waiting for a visa interview appointment to catch their in-person classes in the US universities.

Officials of the section said they were making special efforts by working on Friday to ensure as many students as possible receive interviews before the start of the fall semester.

"We know how frustrating it is for a student for this backlog . . . so we are working very hard to clear the backlog, that's why we are working on Fridays (as) it's a priority for us," the consular officer said on Friday.

She said on Friday last alone they interviewed over 600 students who applied for visas.

The US Embassy Dhaka decided to hold another "Super Friday" on Friday, July 29 as part of a campaign to allow the mission to meet high demand for such visas.

"We really want to make sure that we can process as many visas as possible, so students can go to the US," said the officer.

The US embassy is providing emergency appointment dates to those students who fail to get visa interview appointment slot before the start of their scheduled class in the US universities.

"We recognize the unique opportunity that study in the United States offers and we are prioritizing student visa interviews," told US Embassy Consul General William Dowers marking the "Super Friday" initiative.

An undergrad student, Zerin Ali, who intends to join University of Chicago in the coming fall semester said she first got visa interview appointment slot on March, 15 in 2023, "but my class is scheduled to start in late September this year".

Ali said after failing to get appointment date before her class started, she applied for the emergency appointment dates and after 10 days she received an email confirming her fresh interview date on Friday, July 22.

"I thought the visa process would be very complicated, but I was wrong . . . it went smooth," she said at the consular section after getting the visa on Friday.

A PhD student named Shita Biswash also expressed her joy after getting the emergency interview appointment date on Super Friday.

"I am delighted to get the emergency interview appointment date, otherwise it would have been difficult for me to join my PhD programme," she said who applied for the student visa including her spouse Anik Kumar as dependent.

The US embassy officials said the number of Bangladeshi students in the United States tippled nearly in the past one decade saying the figure was currently over 8,500 annually.

According to the 2021report of Institute of International Education Open Doors, Bangladesh currently ranks 14th among the top-sending countries of students to the US from around the world, while the country's ranking in the index was 17 in 2019-2020 academic year.

The US embassy in a statement, meanwhile, said the United States remained a popular destination for higher education while during the 2020-2021 academic year, it welcomed over 914,000 international students from over 200 countries of origin.

It said anyone interested in educational opportunities in the US could learn about them through Education USA, a global network of over 430 educational advising centres operating in more than 175 countries and territories around the world.