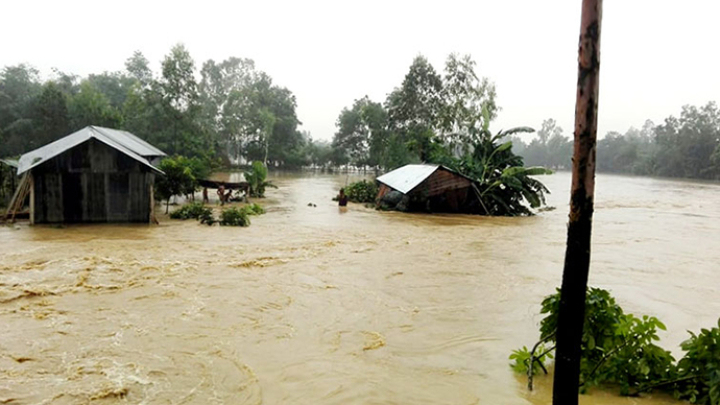 The deluge claimed 12 lives and injured 2,880 people. Over 28 lakh people were affected by the floods, he added.

The state minister was speaking at a press conference at the secretariat after an inter-ministerial meeting, organised to discuss flood damages and what to do in this regard.

The floods were triggered by torrential rains beginning in the second week of May.

Besides, damages caused to fully destroyed houses was worth Tk 368.84 crore, while the figure for partially damaged houses was over Tk 1,355.03 crore, he added.

The damages to schools, colleges, madrasas, mosques, and temples were estimated at Tk 68.83 crore.

Heavy rains in the bordering Indian states of Meghalaya and Assam and onrush of water from the upstream aggravated the flood situation, the state minister said.

"The Surma was flowing above the danger mark from May 13 due to torrential rains and onrush of water from upstream, causing floods in Sylhet, Sunamganj and their adjacent areas."