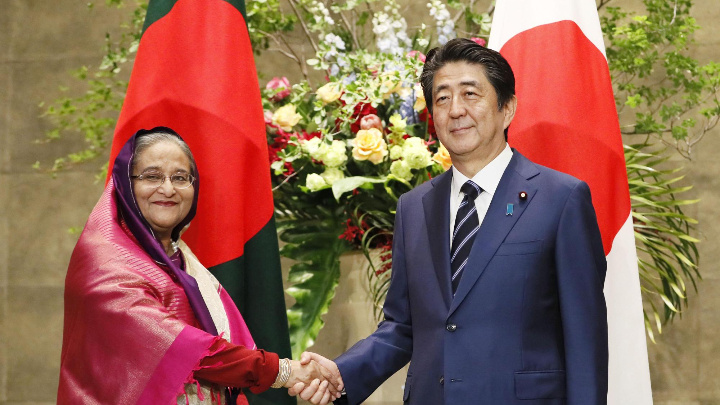 Prime Minister Sheikh Hasina is likely to visit Japan this year as the two countries want to further strengthen their relations.

"Our Prime Minister has been invited. It will be a priority visit," State Minister for Foreign Affairs Md Shahriar Alam told reporters on Sunday after his meeting with Honda Taro, parliamentary vice-minister for foreign affairs of Japan.

The state minister said the visit will take place at a time convenient to both sides.

He termed the relations between Bangladesh and Japan as very deep and comprehensive.

The two sides discussed ways to strengthen political and economic relations with continued support from Japan to Bangladesh in the post-LDC era.

They also discussed issues related to cooperation in international fora, including the United Nations.