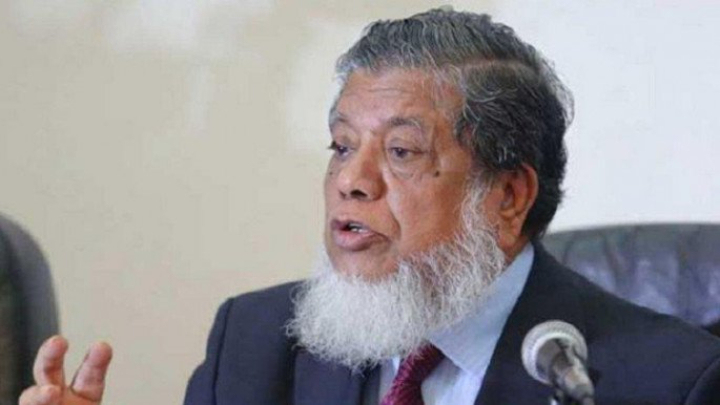 Emirates Airlines flight carrying his body landed at around 8:40am at Hazrat Shahjalal International Airport.

Fazle Rabbi Miah’s body was taken to National Eidgah at around 10am, where he was given a state guard of honour.

The first namaz-e-janaza was set to be held at around 10:30am, reports Bangla Tribune.

Private Secretary of the deputy speaker Abdul Malek said that the body of Fazle Rabbi Miah will be taken to the old airport in the capital’s Tejgaon at 12 noon.

From there, the body will be taken to the lawmaker’s village home in Shaghata upazila of Gaibandha by helicopter.

The deputy speaker’s second namaz-e-janaza will be held at 3pm in the district’s Bharatkhali High School ground for people to pay their last respects.

The third namaz-e-janaza is set to be held at around 5:30pm at the 76-year-old valiant freedom fighter’s village, where he will be laid to eternal rest.

The freedom fighter fought against the Pakistan Army in Sector 11 during the Liberation War of Bangladesh in 1971.

Fazle Rabbi, a lawmaker from Gaibandha-5, was survived by three daughters. His wife Anwara Rabbi passed away in May 2020.

"We are in touch with his family members and relatives in New York," he said, adding that necessary formalities need to be completed to repatriate his remains.

Nazmul said they are expecting all documents to be ready by noon tomorrow and to get a flight in the evening.

He was a reputed organizer and contributed much to creating public opinion in favour of the Liberation War abroad.

Advocate Fazle Rabbi was born on April 16, 1946 and was the founding secretary of Gaibandha Law College from 1979-86.

He was also an elected secretary of Gaibandha BAR from 1978-79.

He founded a good number of schools, colleges and madrasas in his own constituency.
Dhaka Tribune