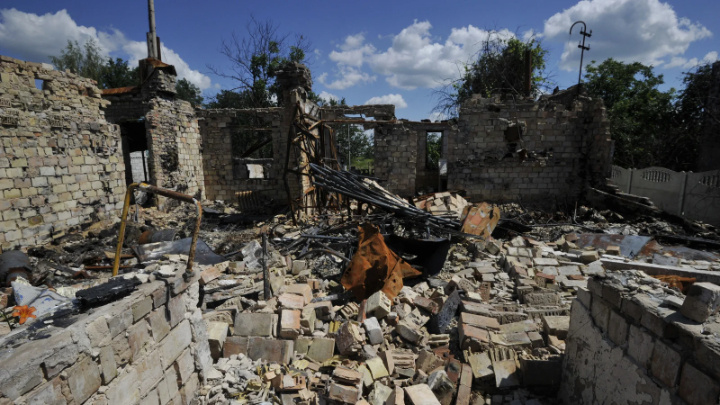 The strike Saturday came a day after Kyiv and Moscow signed a landmark agreement hammered out over months of negotiations aimed at relieving a global food crisis.

"Kalibr missiles destroyed military infrastructure in the port of Odessa, with a high-precision strike," Maria Zakharova said on Telegram in response to Ukrainian President Volodymyr Zelensky who said dialogue with Moscow was becoming increasingly untenable after the attack.

On Saturday, Ukraine accused Russian President Vladimir Putin of having "spit in the face" of the deal to unblock grain exports brokered by the United Nations and Turkey.

Zelensky claimed the strikes on Odessa showed Moscow could not keep its promises.

But Turkey said Saturday that Russia denied any attack on the port.

"The Russians told us that they had absolutely nothing to do with this attack and they were looking into the issue very closely," Turkish Defence Minister Hulusi Akar said.

Ukraine's Western allies including Britain and the United States condemned the attack.

US Secretary of State Antony Blinken said the attack cast "serious doubt on the credibility of Russia's commitment" to the deal.

The Ukrainian military had said its air defences had shot down two cruise missiles but two more hit the port Saturday.