The Comic-Con crowd was taken to Wakanda on Saturday by Marvel after an emotional first look at the upcoming sequel to 'Black Panther' was released.

According to sources, 'Black Panther: Wakanda Forever' is filmmaker Ryan Coogler's follow-up to his 2018 film that became a cultural touchstone and earned a best picture nomination at the Oscars.

He wrote a sequel for 'Panther' star Chadwick Boseman, but the actor died in 2020 after privately battling colon cancer. So, the filmmaker got to work on how to move forward while honoring Boseman's legacy.

a scene from the new Black Panther film, 'Wakanda Forever'.

The trailer, which was strung together with a lyrical motif of 'We gonna be alright' from Kendrick Lamar's 'Alright', showed Angela Bassett's Ramonda as Queen of Wakanda.

There's a war with another tribe and armed forces as antagonists. Houses are on fire. Audiences saw someone dressed in the Black Panther costume at the end, but it’s not known who that was.

The visuals moved between images of Wakanda's aquatic environments, futuristic technology and what appears to be a funeral with crowds of Wakandans dressed in white. 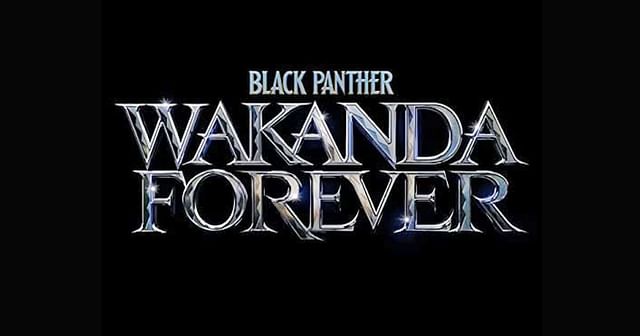 It was reported that during Comic-Con, Coogler reflected on bringing footage from the first Panther to the convention in 2017 and sitting next to Boseman, who hadn't seen the footage yet.

The actor was excited and grabbed the filmmaker's shoulder with his left hand. "He had these enormous hands. It was part of the reason he filled out the suit so well. He was really, really strong," said Coogler.

The film will introduce Riri Williams, the teenage genius who becomes the hero Ironheart. Played by Domnique Thorne, the character will also have her own Disney+ series. 'Wakanda Forever' is due to hit theaters 11 November, 2022, as per reports.