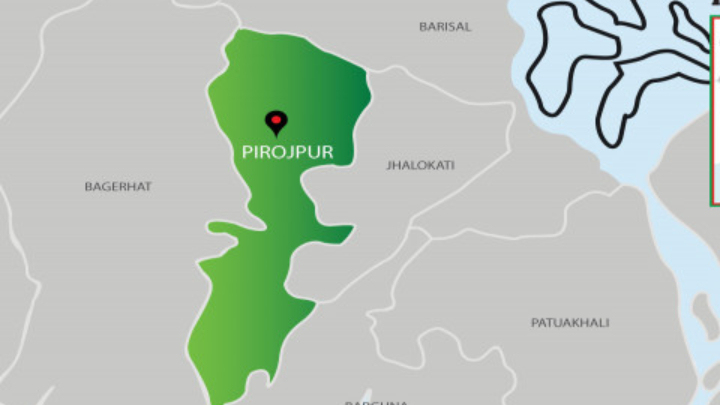 Police have identified a gun-toting man who allegedly threatened to kill a Chhatra League leader in Pirojpur district.

After the incident, the BCL leader filed a general diary with Pirojpur Sadar police station.

According to the complaint, on July 18, Pirojpur Municipal Chhatra League President Asif Iqbal was hit by a private car while it was driving at a reckless speed in the PTI Mor area of Pirojpur.

As he protested, a man got down from the car and threatened to kill Asif with a gun in his hand in a dramatic way.

Later, the CCTV footage of the incident went viral on Facebook. Since then, many have tried to identify the person who displayed the weapon.

Police later identified the man from the footage as Azgar Biswas. He is quite influential in Khulna. He basically buys and sells lands. He is also involved with the government through party politics.

Meanwhile, Azgar Biswas claimed that he had gone to Pirojpur for personal work.

On his way back, he displayed the licensed weapon in self-defense when the BCL activist threatened him over a trivial incident.

However, he claimed that he did not threaten to kill.

On the other hand, Asif Iqbal alleged that he (Azgar) is accusing him to get rid of the allegation.

Officer-in-Charge (OC) AJM Masuduzzaman of Pirojpur Sadar police station said that the incident of that day is being investigated based on the general diary. “CCTV footage is also being reviewed.”