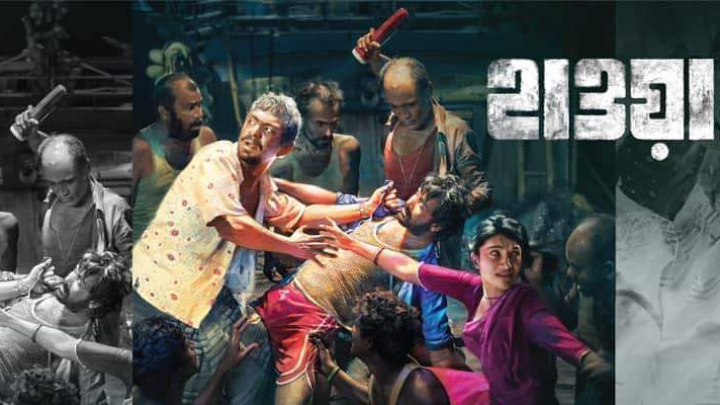 The craze for upcoming film "Hawa" does not seem to go away, as the film's team performed for a jam-packed audience at Jahangirnagar University yesterday.

The Mejbaur Rahman Sumon directorial, shot on the Bay of Bengal, is shrouded in mystery, which audiences can unveil when it releases in theatres on July 29.

Meanwhile, the song "Shada Shada Kala Kala" has gone on to become a phenomenon, playing from radios on tea stalls to bluetooth speakers in youth gatherings.

The musical team performed in front of thousands of jubilant students, hanging on every word of their music. The programme was arranged by Zahid Raihan Film Club, JU.

Present were the cast and crew of the film, including Chanchal Chowdhury, Sumon Anowar, Nazifa Tushi, Sohel Mondol and Sariful Razz.

As the audience and performers grooved to the beats, in sync, the pent-up energy for the film reached a crescendo with Meghdol's presence on stage.

While the fate of "Hawa" in the theatres is still unknown, it is safe to say that the film has already created an impact in the industry.