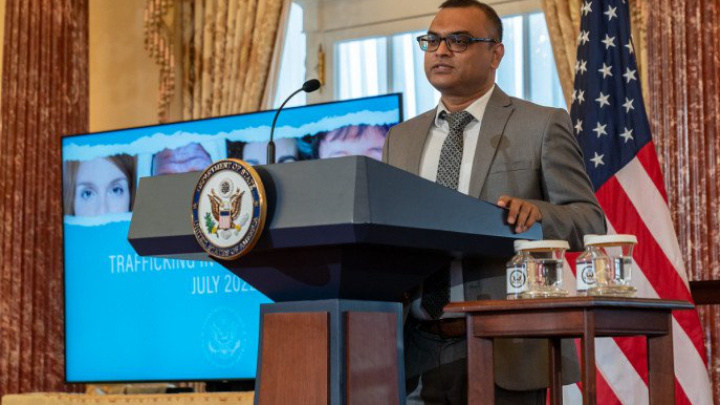 The US government has recognised Bangladesh's Tariqul Islam, an advocate for victims of human trafficking whose work has helped increase Bangladesh government's capacity to investigate and prosecute traffickers.

US Secretary of State Antony Blinken honoured him and five others from around the world as 2022 Trafficking in Persons (TIP) Report Heroes in a ceremony hosted by US Department of State in Washington DC on Tuesday.

Tariqul has led anti-trafficking organisations that have facilitated assistance to more than 2,000 victims. He has worked diligently with the victims to either provide or connect them to the services they need in many of these cases, according to the TIP report.

In 2017, he started the Bangladesh branch of UK-based non-government organisation Justice and Care, where he currently serves as country director.

In his reaction at the ceremony, Tariqul said it is an honour for him and others to be TIP heroes, who have been fighting for fight against human trafficking.