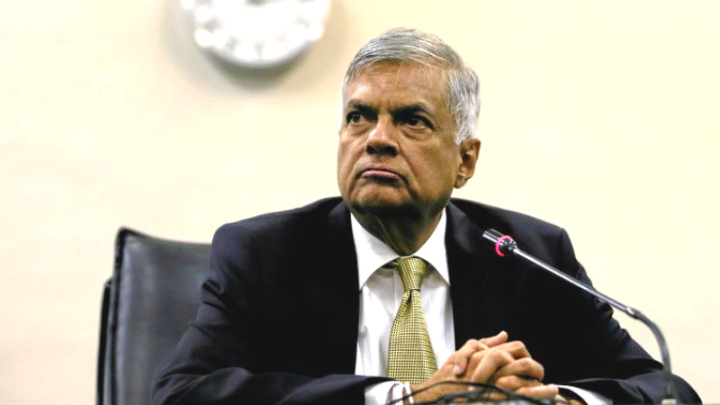 Sri Lanka's six-time prime minister Ranil Wickremesinghe was set to be sworn in as president Thursday, with officials saying he would set up an all-party unity cabinet to confront the country's economic crisis.

The 73-year-old leader was elected by an overwhelming majority of parliament Wednesday to lead the country for the balance of Gotabaya Rajapaksa's term after the deposed president fled to Singapore and resigned last week.

Political sources said Wickremesinghe will invite all political parties to join a cabinet of 30 ministers to steer the country out of its worst economic crisis since independence from Britain in 1948.

Gunawardena and Wickremesinghe have known each other since the age of three and studied together at the prestigious Royal College of Colombo.

Gunawardena is a trade union leader and represents a small nationalist party allied with the ousted Rajapaksa's SLPP party.

"There will be a few MPs from the main opposition joining the cabinet," a source close to Wickremesinghe said, adding that he was keen to ensure a rainbow coalition.

Worshipping at a Buddhist temple on Wednesday evening after his election by the 225-member parliament, Wickremesinghe vowed tough action against troublemakers.

"If you try to topple the government, occupy the president's office and the prime minister's office, that is not democracy, it is against the law," Wickremesinghe said.

"We will deal with them firmly according to the law. We will not allow a minority of protesters to suppress the aspirations of the silent majority clamouring for a change in the political system."

Protesters who stormed Rajapaksa's palace and toppled him earlier this month have accused Wickremesinghe of being a proxy of the once-powerful family.