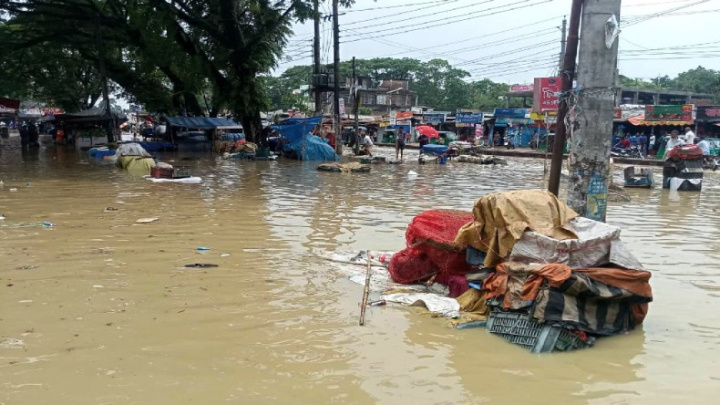 The much-needed rain expected to bring respite from the blistering heat has become a source of suffering for the residents of Chittagong city as the rainwater left the streets waterlogged.

Several areas in the city including Bakolia, Murapur, Sholoshohor no-2 gate, Chawkbazar, Agrabad, EPZ are in knee-deep water, slowing down traffic and causing suffering to commuters.

Meanwhile, heavy rain and winds caused a tree to uproot in the University of Science and Technology area, hampering traffic movement from GEC to AK Khan road.

According to Patenga Meteorological Office Assistant Meteorologist Mahmudul Alam, in the 24 hours to 12pm on Wednesday, 98.8mm rain was recorded.

Four projects worth Tk10,000 crore has been underway in Chittagong city for more than four years to alleviate the waterlogging.

However, the city dwellers are yet to receive the benefits of the projects being implemented by the Chittagong Development Authority and the Water Development Board and waterlogging remains a consistent problem for the port city.