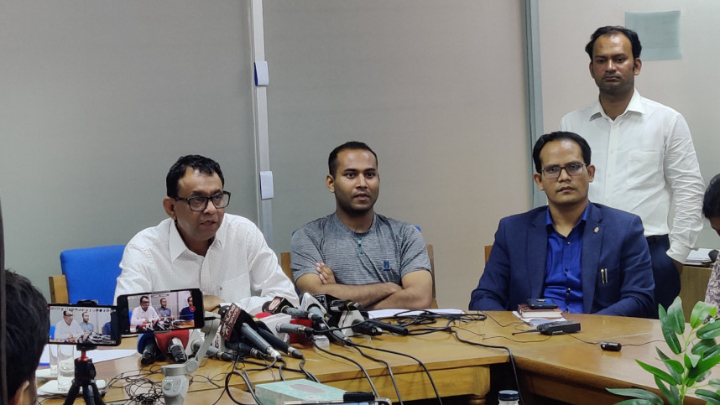 The Directorate of National Consumer Rights Protection (DNCRP) has fined ticketing platform shohoz.com Tk 2 lakh – for its negligence in the process of selling tickets.

The fine was imposed after a hearing on the allegation of negligence brought by Dhaka University student Mohiuddin Rony, said DNCRP Director General AHM Shafiquzzaman in a press briefing today (July 20, 2022).

Shohoz's negligence has been proven in the hearing, said the DG.

Shohoz will have to pay Tk 2 lakh within five working days, he added.

Talking to reporters, Shohoz's lawyer Mirza Ragib Hasnat said they disagreed with the verdict. "We will challenge this verdict," he said.

Talking to media, Mohiuddin Rony expressed satisfaction over the verdict.

The DU student had been protesting for last 13 days at Dhaka's Kamalapur Railway Station, demanding an end to irregularities and mismanagement at Bangladesh Railway.