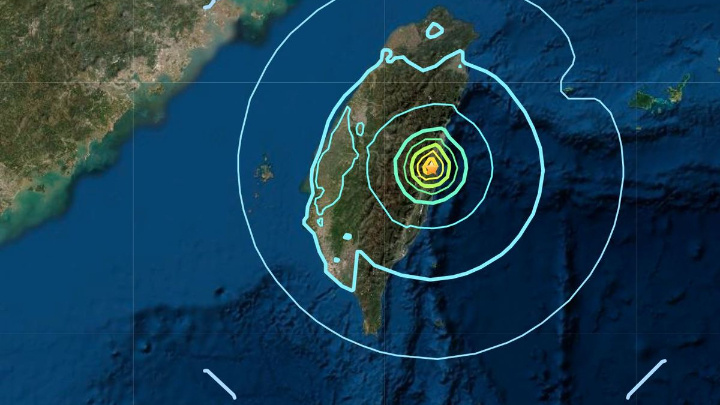 A magnitude 6.0 earthquake shook Taiwan on Monday morning. There were no immediate reports of damage or injuries.

The quake struck at 9:05 am at a depth of 6.8 kilometres in Hualien county, halfway down the east coast of the island, Taiwan's Central Weather Bureau said.

It was felt across most of the island of 24 million people including to the north in Taipei, the capital. It was also felt across the Taiwan Strait in mainland China's Fujian province, Chinese state broadcaster CCTV said.
Hindustan Times